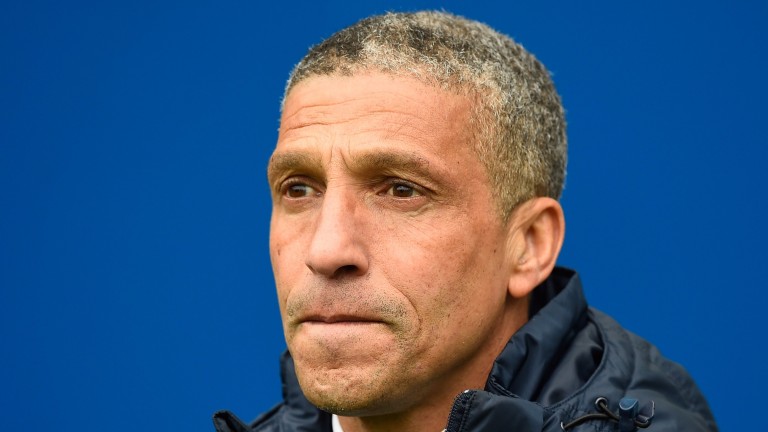 Blues supporters reacted angrily to Wednesday’s sacking of popular manager Gary Rowett and Zola’s appointment is unlikely to ease their discontent with the club’s Chinese owners.

Zola’s last managerial experience was an underwhelming spell at Qatari club Al-Arabi and his return to England starts against Brighton, unbeaten in 15 games and second in the Sky Bet Championship.

Brighton and Newcastle have already put distance between themselves and the rest of the field and former Birmingham manager Chris Hughton returns to St Andrews with an excellent team who are proving hard to beat in the second division.

Brighton have conceded just 13 goals in their 21 league matches this season and their away form is solid – they have taken 17 points from the last 21 available on the road.

The Seagulls’ latest away triumph was a 3-2 victory at Blackburn on Tuesday and, while they rarely batter teams, they are grinding out league wins with impressive regularity.

Two penalties gave them a 2-0 home victory over in-form Leeds last week and they have also beaten Fulham and Norwich,
two teams who started the weekend just behind Birmingham, in recent weeks.

Hughton could afford to leave top scorer Glenn Murray on the bench at Blackburn – the Bournemouth loanee came on to score Brighton’s third goal – but Birmingham look lightweight in attack with leading striker Clayton Donaldson a major doubt.

Five of Donaldson’s six goals in the league have come from the penalty spot, however, and Birmingham may struggle to create much from open play against the best defence in the division.

They failed to score in defeats to Barnsley (3-0) and title favourites Newcastle (4-0) earlier in the month and Brighton have kept clean sheets in five of their last seven away matches.

The Seagulls conceded twice at Ewood Park but that was an uncharacteristic blip and a more ruthless display may well see them win and keep a clean sheet.

Team news
Birmingham
Top scorer Clayton Donaldson, who put Blues ahead against Ipswich in midweek, is doubtful with an Achilles injury.

Brighton
Jamie Murphy is available after missing the trip to Blackburn and Beram Kayal is back in full training but Uwe Hunemeier is injured and Kazenga LuaLua is suspended.