China number one did not look at his peak in opener 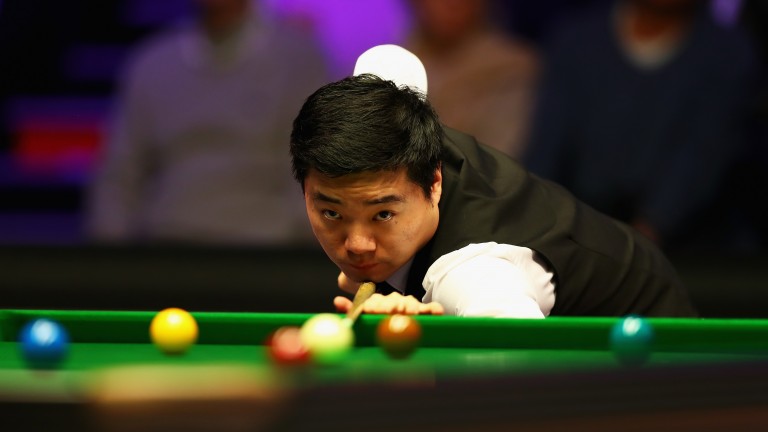 Ding Junhui may have to dig deep against Zhao Xintong in Daqing
Naomi Baker
1 of 1
By Adrian Humphries 8:00PM, OCT 29 2018

Ding Junhui is still the man to beat in China but there's a suspicion that some of his compatriots are catching up with him.

Ding meets Zhao Xintong in round two of the International Championship and while the world number seven went okay in a routine 6-4 victory over Zhang Anda in Daqing, high breaks of 78, 94 and 54 meant there was not much to get excited about.

Zhao himself made heavy weather of defeating veteran James Wattana 6-5, but his victory included runs of 104, 137 and 116 and it was two-visit snooker in the early part of the clash.

The China Championship semi-finalist is 4-6 with a start of 2.5 frames on Betfair's handicap and that looks worth taking.