Zdenek Stybar has credentials for victory in Sicily

Stage set for one-day racers to come to the fore 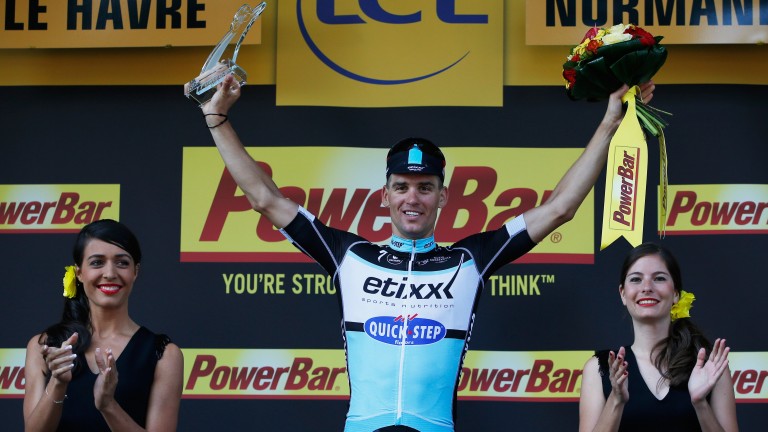 Stage Four
Starts 11.15am Tuesday, live on Eurosport 1 from midday

After three days in Israel the Giro d’Italia returns home with the first of three stages on the island of Sicily.

Italian Elia Viviani showed himself to be the best sprinter at this year’s edition with two authoritative wins on stages two and three but he is unlikely to bring up the hat-trick on the lumpy 198km course from Catania to Caltagirone.

The constantly rolling terrain has a classics feel to it and one-day racers should come to the fore.

Belgian Tim Wellens is bookmakers’ 4-1 favourite to add to his Giro stage win in 2016 but he could be put under pressure by Viviani’s QuickStep-Floors teammate Zdenek Stybar.

The Czech National champion had strong classics campaign in the spring, amassing five top-tens including at Strade Bianche and Paris-Roubaix despite not being QuickSteps’ number one option.

Stybar should relish a course that isn’t too dissimilar to stage six of the 2015 Tour de France, which he won.