Yozza can get the job done after superb year 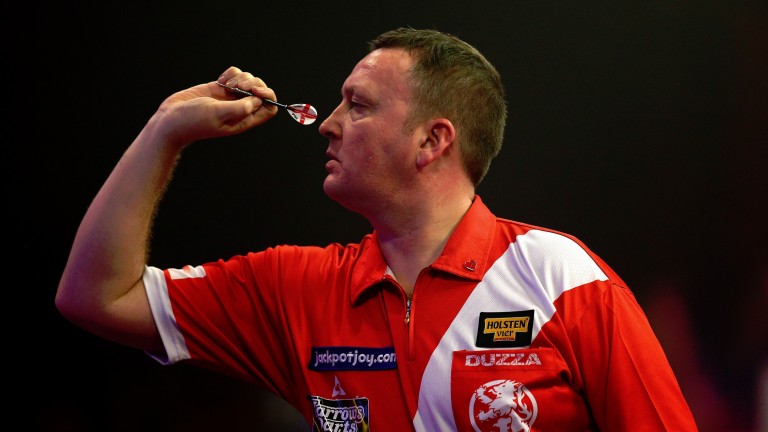 Glen Durrant starts as a hot favourite for a first world crown
Charlie Crowhurst
1 of 1
By Steve Davies 12:32PM, JAN 9 2017

Jamie Hughes, a semi-finalist at the Lakeside 12 months ago, can go one step further this week by reaching the final of the BDO Lakeside World Darts Championship in Frimley Green.

Yozza had looked outstanding last year cruising into the last four before jamming on the brakes against an inspired Scott Waites, who went on to lift the trophy.

But the 30-year-old from Tipton, buoyed by another impressive year on the circuit, is ready to go the extra yard, reach the final and lift the cup.

He’ll have a few tough nuts to crack along the way, none tougher than Glen Durrant, the world number one, who looks very much the man to beat.

But similar things were said last year about Duzza, the 7-4 favourite, who also succumbed to Waites. Maybe the honour of being champion-elect doesn’t rest easily on the shoulders of the Teessider and even though he enjoyed a stellar 2016 and is throwing superbly, he can be swerved at the price.

Plenty of superstars, among them Michael van Gerwen and Gary Anderson, have gone to the Lakeside with big reputations and short odds and fallen short.

If the seedings work out, Durrant and Hughes will meet in the semis, but there are plenty of darts to be thrown and plenty of doubles to be missed, before that becomes a reality.

Hughes has to be confident of a good run after a fine autumn where the highlights were reaching the Finder Masters final and (arguably more impressive) the last 16 of the Grand Slam.

In Wolverhampton, Hughes averaged 105 on his way to beating Dave Chisnall and also took out James Wilson before losing to Chris Dobey having blown match darts.

The seedings in the bottom half point to a semi between 2015 champion Scott Mitchell and rising Dutch star Danny Noppert, another player who made a serious impression at the Grand Slam, where he lost 10-9 to Gary Anderson with a ton-plus average.

Mitchell isn’t quite showing the form of two years ago though he is playing better than last year – however a knee problem on his leading leg could be a handicap as the matches get longer.

At longer odds, take a punt on Mark McGeeney, who burst onto the scene two years ago by reaching the BDO World Trophy semis.

Since then, the Gladiator has continued to impress, with three finals in 2016 culminating in an appearance in the final of the World Masters. He beat the likes of Waites and Mitchell before finding Durrant too hot to handle.

McGeeney had match darts to beat Mitchell in the second round on his debut last year and should be better for that outing.

However, you might prefer to sling an arrer at Aussie dame Corrinne Hammond, lucklessly beaten by Hedman 12 months ago despite outscoring the Dark Destroyer. Fewer errant doubles could see her go the distance and she’s certainly a big price at 66-1 for each-way backers.