Young Hearts could be broken in cup 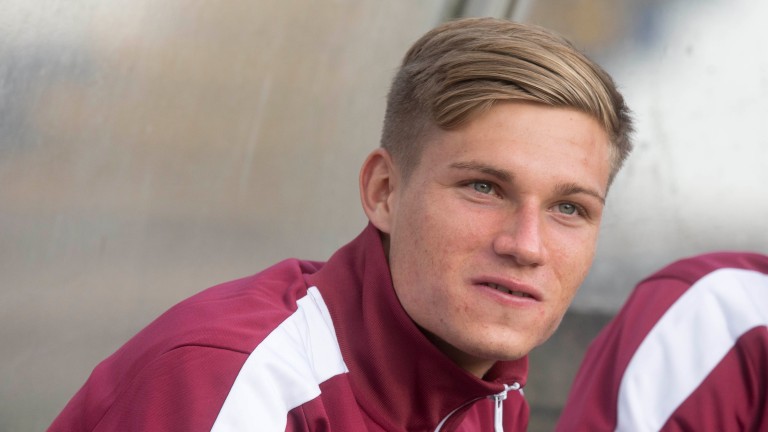 It might only be the Challenge Cup this weekend but there are usually betting opportunities in a competition that can puzzle bookmakers.

The introduction of Under-20 teams and clubs from Wales, Northern Ireland and Ireland make this a minefield for the layers.

Another factor that complicates the tournament is the rule allowing Colt teams to play two over-age players in their Under-20 sides.

It's clear as mud, then, for those trying to price it up but as a general rule, it is worth backing men against boys and there are several interesting ties.

St Mirren are starting to motor after a sluggish start to the season, with four wins in their last five games, and they should be far too strong for Hearts Under-20s.

Jack Ross's side demolished Ladbrokes Championship favourites Dundee United last week and although the manager could blood some squad fillers, he has said he's desperate for success in this trophy.

Hearts appointed their director of football Craig Levein as their new manager this week but he won't have anything to do with this fixture.

Their kids scrambled through against Formartine United in an earlier round after being two goals down and Saints should easily negotiate this.

Raith Rovers should also have far too much in the tank for Ross County Under-20s. The Fife side romped to a 5-0 win in last week's game at local rivals East Fife in Ladbrokes League One.

Barry Smith may rest a couple of players but home advantage and experience should be enough to see them past the Dingwall club's Colt team.

Northern Irish fans may be surprised to learn that Crusaders are odds-against when Motherwell Under-20s visit Seaview.

The Belfast side qualified for the Europa League and sit in fourth place in their domestic league yet aren't considered strong favourites against a team of kids.

Stephen Craigan's side are unbeaten at their level this season and knocked out Queen's Park in the last round, but this should be a different prospect.

The Aberdeen side are unbeaten and top of their league, netting 30 goals in seven games, and they also turned over Ladbrokes League Two side Stenhousemuir in the Challenge Cup at Ochilview.

Losing home advantage won't be an issue for Cove, who are currently homeless anyway while they wait for a new stadium to be built, and they can beat Accies' kids.