Osaka and De Minaur can advance in Indian Wells 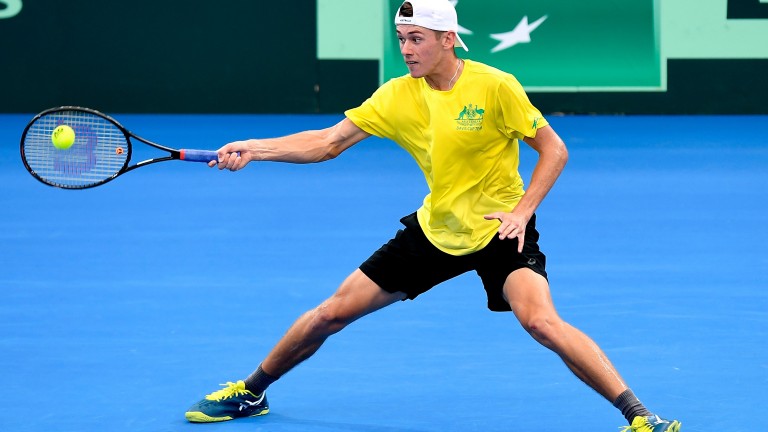 Alex de Minaur's performance in his native Australia was one of the stories of the early part of the ATP season and the 19-year-old arguably should be favourite for his first-round BNP Paribas Open meeting with Jans-Lennard Struff in Indian Wells.

De Minaur, a runner-up to Denis Shapovalov in the boys' singles at Wimbledon in 2016, began the year by reaching the semi-finals in Brisbane and he followed that effort by reaching the final in Sydney a week later, losing in straight sets to Daniil Medvedev.

Though he couldn't down the experienced Tomas Berdych in Melbourne, De Minaur caught the eye of his hero Lleyton Hewitt, who selected him as part of Australia's Davis Cup squad. In his only match, the teenager went down in five sets against world number five Alexander Zverev.

De Minaur also drew the attention of the organisers of this tournament, who awarded him an Indian Wells wildcard - the only non-US male player to receive one.

He should be raring to go after recovering from a minor stomach muscle injury sustained against Zverev and can take down Struff, who struggled with his first serve when last seen in Dubai and should be put under pressure by a brilliant returner.

The big names enter the fray in the women's event with world number one Simona Halep, Wimbledon champion Garbine Muguruza and Britain's Johanna Konta all in action.

But the best bet could be taking Naomi Osaka to beat Agnieszka Radwanska in their second-round clash.

The Japanese player is improving swiftly since teaming up with coach Sascha Bajin and she demonstrated that by swatting aside Maria Sharapova in the opening round at the Tennis Garden.

Radwanska's struggles have continued this season and she may not be able to deal with Osaka's power.