Pieters looks the pick of the pack 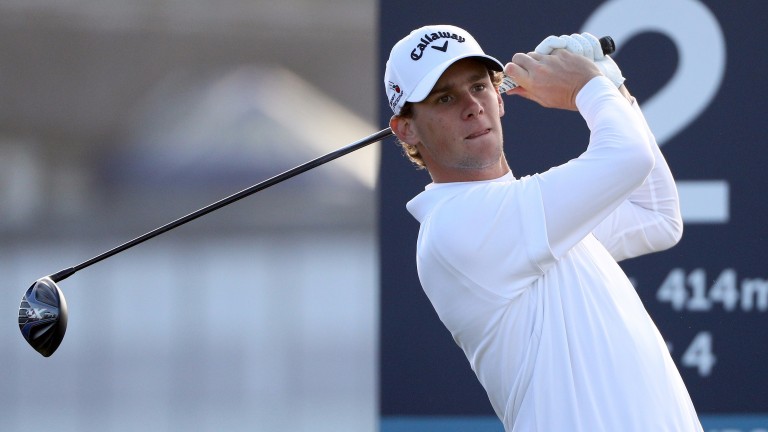 Palmer's top tip
Thomas Pieters 40-1
Rory McIlroy was a best-price 11-10 for Race to Dubai glory 12 months ago, letting down favourite-backers by not even finishing in the each-way places, but the former world number one dominates the betting for 2017.

McIlroy ended up in fifth spot, behind Henrik Stenson, Danny Willett, Alex Noren and Tyrrell Hatton, and the Northern Irishman seemed to lack desire for the RTD title in the closing weeks of the season. He played in only one of the Final Series events.

That lacklustre approach to the RTD may be off-putting for punters assessing the 13-8 on offer for 2017, but there can be no doubt McIlroy is by far the most likely to top the standings. The market leader must be shown enormous respect.

The way McIlroy exploded into top form at the end of last season was ominous for his rivals. The manner in which he won the FedEx Cup, with victory in the Deutsche Bank Championship and Tour Championship, must have instilled huge confidence.

Freedom from his ripped-up Nike equipment contract means McIlroy has got his hands on a TaylorMade driver which has added hang-time and yardage to his tee-shots. And Rory will almost certainly head to the USPGA as the man to beat at a Quail Hollow course which he has previously destroyed in the Wells Fargo Championship.

There is a temptation to smash the 13-8 McIlroy for the RTD. He is even playing in the SA Open this year, getting his RTD campaign started earlier than usual, and those immediately behind him in the betting are unattractive options.

Stenson is coming off a career-best season in which he became a Major champion at the age of 40. Advancing years and consistent injury niggles make improvement unlikely. Stenson's compatriot, Noren, went birdie crazy in the second half of the season, but the suspicion is that the genial Swede is a player who enjoyed a long purple patch rather than one who has suddenly become top class.

Justin Rose has become blighted by back problems, which obviously makes him a risky long-term investment. There is a school of thought which says Rose is going down a similar path to Tiger Woods, with back issues created by the methods of Sean Foley, the coach they once shared.

All the main contenders for the RTD crown will be competing a lot in the States – gone are the days when this heat was about pinpointing the players who would stick to the European Tour. If you are good enough and have the opportunity, the vast American dollar will lure you in. Preference this year, though, is for two men who have a strong affection for home and powerful ties with the circuit on which they made their name.

Sporting each-way alternatives to McIlroy are Thomas Pieters and Matthew Fitzpatrick. Pieters, the star of the Ryder Cup and a three-time European Tour champion at the age of 24, will take his chance to get a taste of some US Tour action. Riviera and the Honda Classic are on his February schedule. The Belgian, though, is not going to desert Europe.

Pieters loves living in Antwerp and will commit to any European Tour tournament worthy of his attendance. The new Rolex Series – seven European events with bumper prize money – should help keep Pieters this side of the pond.

Pieters is close to the complete player. He is young, progressive, fearless and capable of challenging for the highest honours in the year to come.

Next best
Matthew Fitzpatrick 33-1
Sheffield is in the heart of Fitzpatrick and he is not eager to spread his wings. The 22-year-old's immense talent demands he chases some of the glory and booty available Stateside, but he has said the European Tour will always be the one on which he plays most golf.

Fitzpatrick is looking at properties to rent in Florida to give himself an American base, but that does not mean he is turning his back completely on Europe. And thank goodness for that. The Englishman is a joy to watch and has slowly but surely become free of weakness.

He has added driving distance – a switch to a TaylorMade chief aiding that process – and is clearly capable of winning at any venue.

Fitzpatrick won the Nordea Masters in June at a course measuring 7,511 yards, then he saw off Europe's elite in the DP World Tour Championship last month at a track of 7,675 yards. Lack of length is no longer an issue and Fitzpatrick's future looks golden.

Other notables
Five outsiders at 100-1 or better caught the eye. Brandon Stone, emphatic winner of the Alfred Dunhill Championship at the start of this month, seems full of potential. Thorbjorn Olesen, champion in Turkey last month, is an RTD dark horse, while a seemingly resurgent Victor Dubuisson could make a mockery of 125-1 quotes. A fit-again Stephen Gallacher could grind a place at 250-1, while Nicolas Colsaerts is being dismissed too easily at 300-1. With McIlroy, Pieters and Fitzpatrick expected to fill three places, though, that leaves only one each-way vacancy.