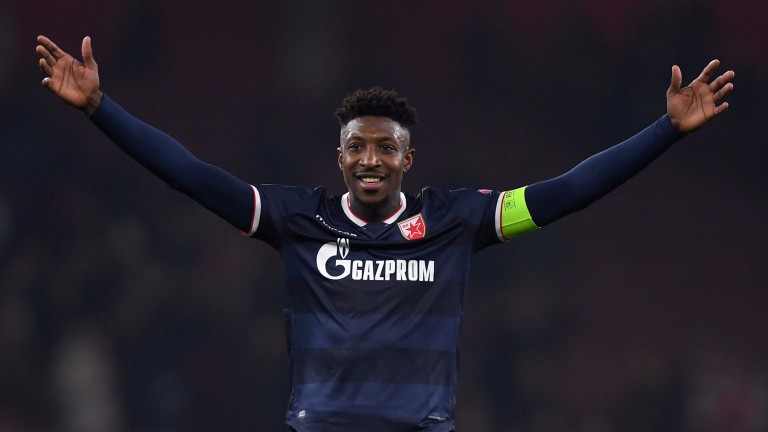 Young Boys are setting a strong pace in the Swiss top flight this season, taking 33 points from 15 games, and they can translate their domestic excellence to the European stage by beating Partizan Belgrade in the Serbian capital.

Time is running out for the Swiss leaders, who have picked up just three points from four Europa League matches.

But they know that victories in their final two fixtures – away to Partizan and at home to fourth-placed Skenderbeu – would take them through to the knockout stage.

Partizan need a win to qualify with a game to spare but go into the match without suspended attacking midfielder Zoran Tosic, who has netted four goals in his last five appearances.

The Serbian side have won their last seven games in all competitions but were perhaps lucky to draw 1-1 with Young Boys in Switzerland after their opponents won the shots-on-target count 7-2.

Young Boys are boosted by the availability of key striker Guillaume Hoarau, back in contention after two months on the sidelines, and look value to get their first win of the group stage.

Another Serbian side, Red Star Belgrade, may have better luck in their match at Bate Borisov.

Red Star become the first team in Group H to take a point off of Arsenal when drawing 0-0 at the Emirates this month and they can pile on the misery for Bate, who are trying to respond to a 5-2 loss away to sectional basement boys Cologne.

Marseille have been inconsistent in Group I, winning two and losing two, but should have too much quality for Konyaspor in Turkey.

It has taken time for Marseille's new-look squad to gel but they are unbeaten in eight league games including a 2-2 draw at home to Ligue 1 leaders Paris Saint-Germain.