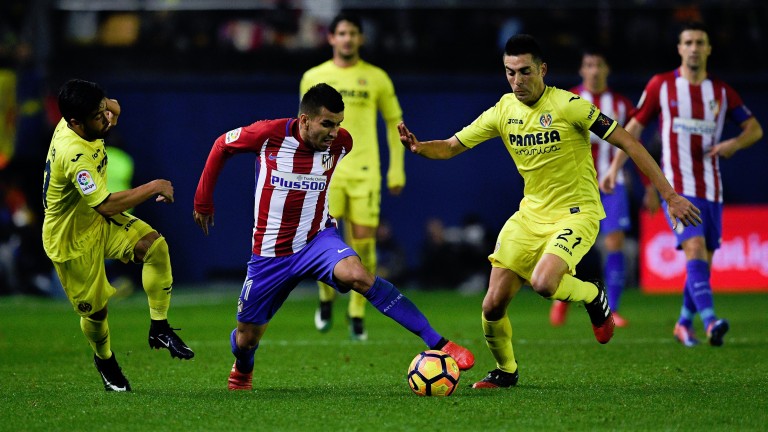 Sporting Gijon v Villarreal
Sky Sports 5, midday
Sporting have failed to build on a strong start to the season (seven points in three games) and are likely to remain in the drop zone after hosting Villarreal at El Molinon.

Villarreal have not won on their travels in the league for three months but will be targeting victory against Sporting, who have lost five of their last six games.

Granada v Real Sociedad
Sky Sports 5, 5.30pm
Real Sociedad’s last away game ended in a 5-1 defeat at Deportivo but they responded by beating Valencia, and look too strong for lowly Granada.

The hosts shocked Seville last time out at home but they’ve kept only one clean sheet in the league this season and the free-scoring visitors have won six of their seven games against teams who, like Granada, started the weekend in the bottom eight.

Seville v Malaga
Sky Sports 5, 7.45pm
As La Liga’s winter break approaches, Seville have eyes on second place and should hold up their end of the bargain with a comfortable win at home to Malaga.

Los Rojiblancos have won 13 of their 17 home games in 2016 while Malaga remain winless on the road this term.