Pride and experience may not save the Romford cueman 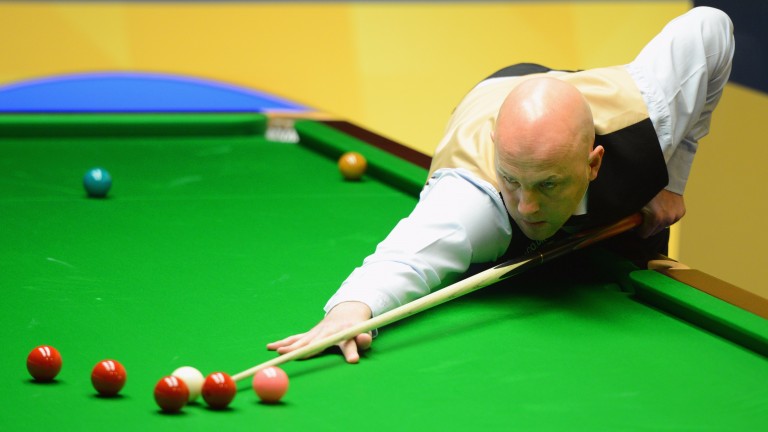 Mark King is defending his Northern Ireland Open title with great pride but the Romford ace's hopes of making it successive Belfast triumphs could come to an end against Yan Bingtao.

King looked pretty sharp in posting 4-1 victories over Matthew Bolton and Ashley Hugill in rounds one and two, but things are likely to get tougher for the experienced Essex potter against Yan.

The Chinese teenager is blowing away a lot of his oppo­nents right now. Robbie Williams, the good-quality Wirral player, and Jamie Curtis-Barrett both suffered 4-0 losses to Yan and further success could well lie in wait at the Waterfront venue.

The oddsmakers unanimously agree that the younger player should be favourite – the early 3-5 that one firm offered was subsequently shown to be way overpriced – and they could be prove correct in their findings.

The choice for punters looks to be between taking the 4-6 that over 5.5 frames are contested or supporting Yan at 8-13 to successfully concede a start of 1.5 frames.

King may be playing well enough to help anyone who backs the clash to last for six or seven frames, but the problem is that the champion will probably need to share the first four frames or else punters are suddenly on the outsider.

With that in mind, take the bull by the horns and back the flying 17-year-old to triumph before the match goes to a deciding frame.

All-conquering Ronnie O'Sullivan is unlikely to make many mistakes against Elliot Slessor, but Neil Robertson's form has been patchy and the Australian would do well to respect his opponent Robert Milkins.

The fourth round of the tournament is due to be played on Thursday evening.