Xiao may not be embarrassed by defending champion

Maguire should find a way to grind down Trump conqueror 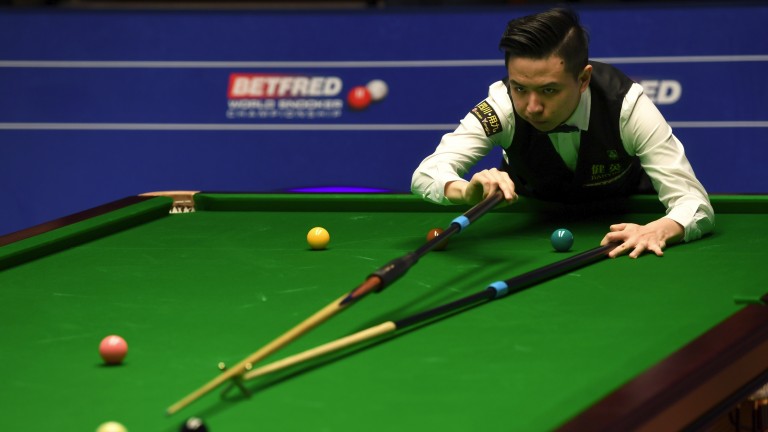 Maguire v McLeod
Stephen Maguire was respectfully aware that Rory McLeod was capable of providing Judd Trump with a decent test in their Betfred World Championship opener and now the Scot gets his chance to do what the world number two could not do and defeat the Northamptonshire qualifier.

McLeod probably did not get enough credit for his performance in downing Trump 10-8. He stayed cool under heat on more than a couple of occasions and clearly has a fairly positive mindset right now.

World number 54 McLeod leads Maguire 2-1 in their personal series, so that probably helps to explain why the Glaswegian is wary of his last-16 opponent.

Maguire blew away Anthony McGill 10-2 in his opener – the world number 24 looked in no mood to take any prisoners – and it's likely that he will find a way to nullify McLeod‘s threat before the situation starts becoming critical.

Xiao has seen off his last four Betfred World Championship opponents in impressive fashion and has conceded no more than four frames in ousting each of Ryan Day, Mark King, Sam Baird and Tyler Rees.

Selby, one of the finest all-round players the game has seen, will obviously present stiffer opposition. But Xiao wins a high percentage of close frames and could provide the Jester from Leicester with a different type of test than he normally receives.

Selby, who is bidding for a third world title in the space of four years, had little to do to defeat jaded qualifier Fergal O'Brien 10-2 in his Crucible opener and we are likely to see a more focused world number one against Xiao.

But the outsider, while a long way from being the heaviest of scorers, is clearly pretty astute tactically and may take some beating.

Xiao can be supported with a start of 5.5 frames on the handicap, but a wiser punt could be to back more than 19.5 frames in this best-of-25 frame match.