Wycombe are too big to repeat New Den surprise 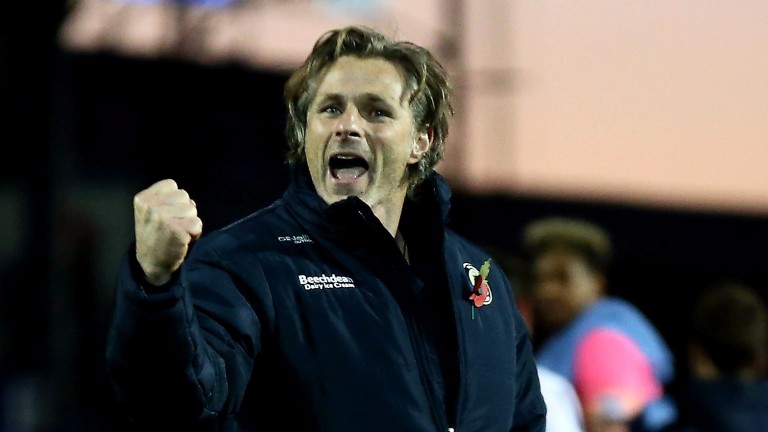 Twelve months ago this week Wycombe Wanderers sprang an FA Cup surprise at Millwall and they can deliver the Lions another knockout blow when they return to The New Den in the EFL Trophy.

Gareth Ainsworth’s men, 2-1 winners at Millwall in round two of the FA Cup a year ago, are in seriously good nick and a decent punt at 4-1.

Saturday’s 5-0 romp at Chester­field in the FA Cup made it five straight wins for the Buckingham­shire club, who were beating Sky Bet League One opposition for the second time this season.

The Chairboys have also won all three of their away cup ties this season and even though Millwall are themselves in good form – just one defeat in nine – the visitors have a great chance.

Coventry, seeking to avoid a hat-trick of cup embarrassments, are definitely to be left alone at 8-13 at home to Crawley.

Just 24 hours after being thumped 4-0 by Cambridge in the FA Cup, Coventry’s Under-23s were undone by Stratford Town in the Birmingham Senior Cup.

Mark Venus seems incapable of stopping the freefall and even against a side from a division below who have won just one of their last 11, the hosts are no sort of a bet.

Cambridge, who have won five and drawn the other one of their last six away games, are away to Bradford and can also take the game the distance.