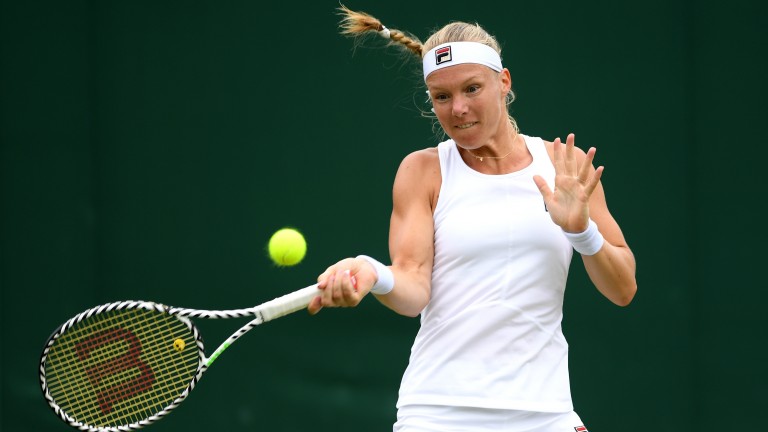 Class acts Karolina Pliskova and Elina Svitolina share favouritism in Zhengzhou but there hasn’t been much rest time for either of the pair and at the prices they can be opposed.

Svitolina made the semi-finals of the US Open and may be vulnerable after such exertions, while Pliskova looked laboured in her fourth-round three-set defeat to Brit Johanna Konta at Flushing Meadows and isn’t in the same form as she was earlier in the campaign.

Angelique Kerber is a wildcard but the German is in stinking form and an opening-round clash with hardy American Alison Riske makes things tougher for her.

Therefore Kiki Bertens could represent some each-way value in the top-half of the draw.

The Dutch powerhouse receives a first-round bye before a very winnable contest against Australian Ajla Tomljanovic.

A struggling Kerber or Riske would be waiting in the quarter-finals but Bertens should readily have their measure, with the fast-improving Sofia Kenin arguably the biggest obstacle before the final.

Bertens is one of the best players on tour when at the top of her game, so quotes of 8-1 look fair enough in a moderate 32-runner event lacking a player with a convincing profile.

Magda Linette secured her first ATP Tour title when triumphing as a qualifier in the Bronx Open a fortnight ago and a reproduction of that form would make the Polish performer tough to beat in Nanchang.

The field in Jiangxi, however, isn’t anywhere near as competitive and success in New York should have seen confidence levels go through the roof.

A quarter-final clash with Rebecca Peterson is a potential stumbling block but the Swede lacks for consistency and Linette’s extra experience may tell.

However, Zhang was upset by compatriot Lin Zhu in the quarter-finals last year and they could collide at the same stage again, while Wang suffered first-round defeats in the Bronx Open and the US Open and doesn’t look at the top of her game.

Linette made the semi-final in this event last year and punters can expect another solid showing from the in-form the world number 53.