Ekaterina Alexandrova could end the hopes of defending champion Bertens 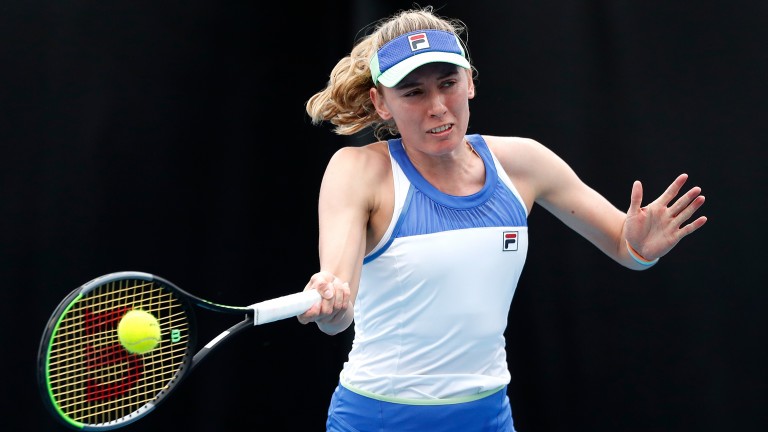 Ekaterina Alexandrova has started to believe in herself a lot more in recent months
Darrian Traynor
1 of 1
By Adrian Humphries 6:46PM, FEB 14 2020

Live on Amazon Prime, from 10am Saturday

Kiki Bertens' defence of her WTA St Petersburg Trophy has started pretty well, but things could get tougher for the champion when she meets Ekaterina Alexandrova in their semi-final clash.

Alexandrova, who walked over against Petra Kvitova in the quarter-finals, seemed to lack the self-belief to match her ability in the earlier years of her professional career. But the Russian has been performing a lot better in recent months and another good season is on the cards.

It's the pair's first meeting but Alexandrova's clever game is pretty much made for indoor tennis and while Bertens has done her best work in the last couple of seasons, it's not surprising to see the oddsmakers anticipating a potentially tough time for the Dutch second seed.

In the other last-four clash in St Petersburg, Elena Rybakina can be considered against Belinda Bencic's conqueror Maria Sakkari, although the Greek possesses plenty of fire in her belly and she is unlikely to be easy pickings for her Moscow-born opponent.