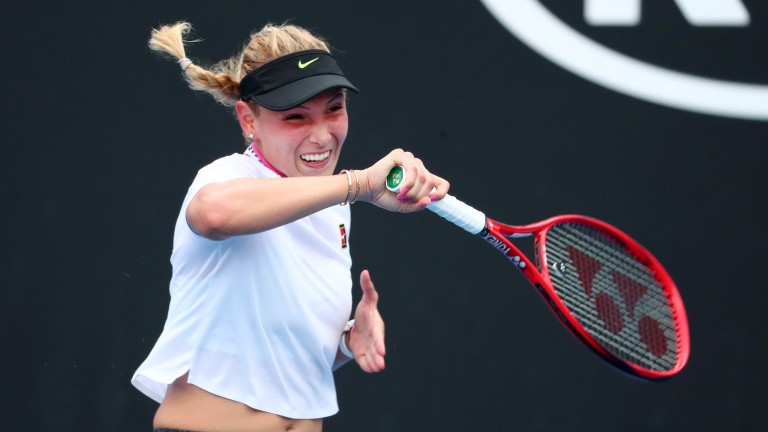 Donna Vekic is one of the game's most promising youngsters and the classy Croat can claim the biggest title of her career by beating Kiki Bertens in the WTA St Petersburg final.

The 22-year-old has yet to make the most of her chances at Grand Slam level but it’s surely only a matter of time until she enjoys a strong run in one, particularly if her performances this week are anything to go by.

Vekic has teed up a title-decider with emphatic straight-set triumphs over Australian Open finalist Petra Kvitova and home hope Vera Zvonareva, who made the last four having claimed the scalps of top-20 performers Julia Goerges and Daria Kasatkina.

It’s evident Vekic’s game is in strong shape and she should be full of confidence for her clash with Bertens, who has lost three of their four previous meetings.

The latest success was in January’s last-16 duel in Brisbane, where she won in three sets, and she can frank the form.

There’s also a final in Thailand where another rising star, Dayana Yastremska, is a red-hot favourite to take care of Aussie Ajla Tomljanovic.

The 18-year-old Ukrainian has won all four of her matches in straight sets, including a routine victory over top seed Garbine Muguruza, and is destined for a big future. She is fancied to complete the job, but makes little appeal at the prices.