Wozniacki can thrive again in a tournament she clearly loves 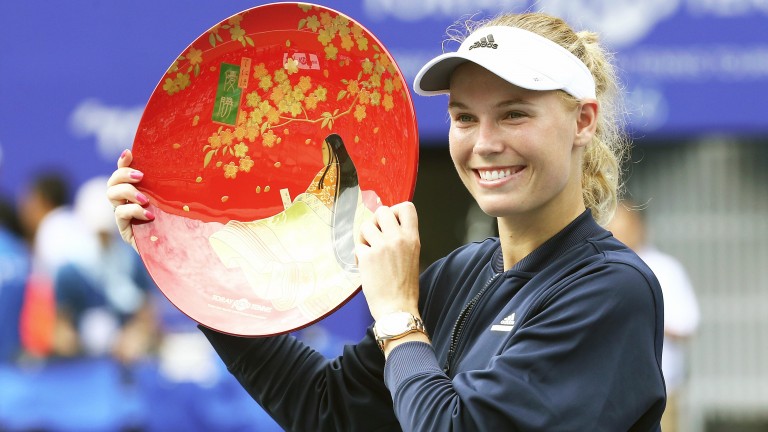 It's been a season of near-misses for the Danish battler. She has reached six finals this year and come up short in each one but there's reason to think she can right that wrong in the Japanese capital.

Wozniacki is joined in the top half of the draw by new world number one Garbine Muguruza but the Wimbledon champ is is likely to face Agnieszka Radwanska in the quarter-finals. Radwanska has beaten her four times so the Spaniard is no certainty to make the last four.

Wozniacki could face Dominika Cibulkova in the quarters but the diminutive Slovakian is no certainty to get that far judged by her inconsistent 2017 season.

The Dane has made at least the semi-finals in the last four stagings of this event, in addition to lifting the title in 2010, and can be counted on to go deep in the draw.

In the lower half, Karolina Pliskova will be desperate to put together a run as she seeks to regain the top spot in the rankings but is drawn in an extremely tough quarter.

Johanna Konta's route looks easier but the Brit was disappointing in North America while 18-year-old rising star Cici Bellis is already a winner on the tour and has the potential to challenge.

WTA Korea Open
Jelena Ostapenko is the clear favourite to win a first non-Grand Slam WTA title in the WTA Korea Open but the French Open champion could still be decent value in a field that's anything but elite.

The number one seed defied odds of 150-1 to win the Roland Garros title and she could steamroll the top half of the draw if she's on her game.

The Latvian has produced a number of error-strewn performances but she hits so many winners that anyone other than top-class opposition will struggle to live with her.

Kristyna Pliskova is looking to follow twin sister Karolina into the world's top ten but she looks short of that class for now while Heather Watson could offer a bit of value if she can rediscover her best form.