Home side can repeat Leeds triumph 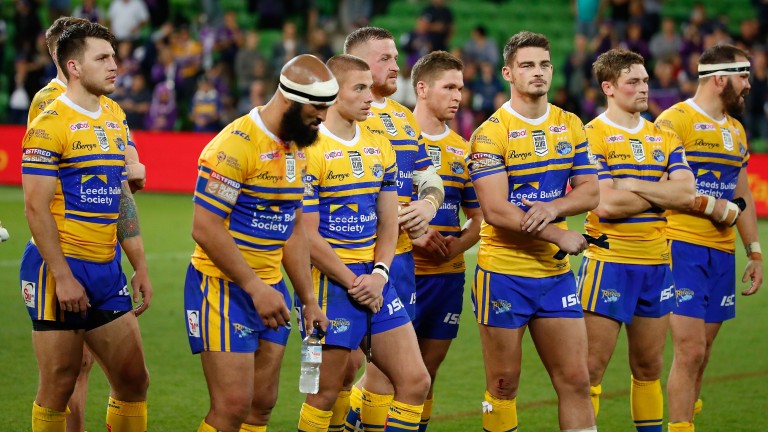 Widnes v Leeds
3pm Sunday
Leeds Rhinos' last outing was a 38-4 thumping at the hands of Melbourne Storm in the World Club Challenge last week and they may struggle to bounce back at Widnes in the Super League.

It was a costly trip for the Super League champions who had to endure a punishing 80 minutes that has seen them return home with a lengthy injury list.

Jack Walker, Adam Cuthbertson and Stevie Ward have joined Brett Ferres, Nathaniel Peteru, Keith Galloway and Anthony Mullally in the Headingley treatment room and that makes the 8-13 about an away win look on the short side.

Widnes are 7-4 shots to repeat the victory they gained in last season's corresponding fixture and they get a four-point start on the handicap.

The Vikings have looked competitive despite losing two of their opening three matches and they put 40 points past Catalans in an easy victory last week. It may be worth backing them to win a tight encounter by no more than two converted tries at 11-4.

Castleford got the better of Hull 28-18 at the Jungle on Saturday.

Recommendation
Widnes to win by one to 12 points
1pt 11-4 Betway, Hills