Guardiola will go on the attack 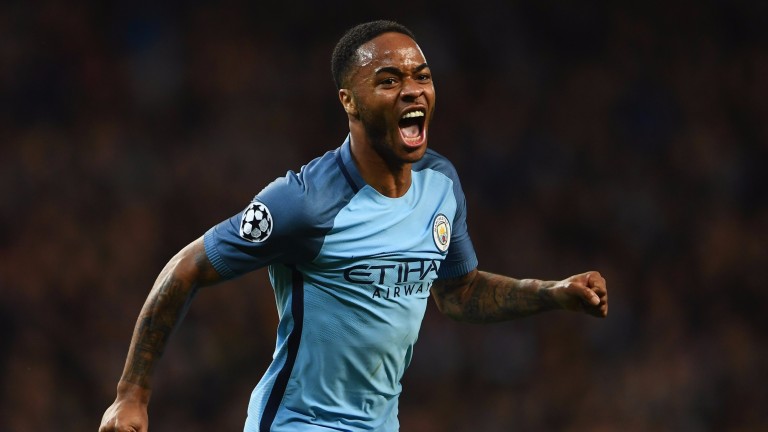 Raheem Sterling is one of Manchester City's many attacking threats
Laurence Griffiths
1 of 1
By Dan Childs 6:48PM, MAR 18 2017

Pep Guardiola accused his Manchester City team of not playing offensively enough in their 3-1 loss to Monaco on Wednesday and he can get the reaction he desires with City looking solid favourites to beat Liverpool at the Etihad.

Falling at the last-16 stage of the Champions League would have been painful for Guardiola, who had always got at least as far as the last four when in charge of Barcelona and Bayern Munich.

But there is plenty left in the season for City, who have a great chance of finishing second in the Premier League and are 9-4 second favourites to win the FA Cup.

Second place and a domestic trophy would not be a bad outcome in Guardiola's first season in England but City have work to do and have a crucial period coming up with trips to Arsenal and Chelsea following the clash against Liverpool.

Failure to win any of those games could leave them scrapping to finish in the top four so it is important they make a good start by beating the Reds.

Guardiola will be relying on largely the same players as in midweek but should find it easier to get his attacking message across.

A single-goal loss to Monaco would have sufficed but there is no ambiguity this weekend with the onus on City to win the game.
Liverpool would probably take a point but will have to step up considerably on their recent performances.

They were 2-1 victors at home to Burnley last Sunday and won praise in some quarters for sealing the points without playing well.
However, it was a victory laced with good fortune and reliant on the poor finishing of Burnley defender Matt Lowton, who failed to accept a glorious chance in the closing stages.

Burnley, so poor on their travels this season, controlled the game for long periods and could count themselves unlucky.

There were many problems for Liverpool but the biggest was the absence of their trademark pressing game.

Energetic midfielder Jordan Henderson – absent through injury until after the international break – was sorely missed and there was a lack of cohesion in defence with Ragnar Klavan looking unsettled by physical Burnley forwards Andre Gray and Ashley Barnes.

Liverpool should be stronger defensively with fit-again centre-back Dejan Lovren expected to play his first league game since January. And they could be more potent in attack if Roberto Firmino shakes off the minor muscle injury which ruled him out against the Clarets.

However, the midfield balance without Henderson remains a huge concern and could leave Liverpool exposed against a City team packed with pace and poise in attack.

City were not themselves against Monaco but haven't lost a domestic match for two months and should be backed to get back to winning ways.

Team news
Manchester City
Gabriel Jesus and Ilkay Gundogan are long-term absentees but no fresh injuries were sustained in the 3-1 loss to Monaco.

Liverpool
Roberto Firmino hopes to overcome the minor injury which ruled him out against Burnley and Dejan Lovren (knee) should feature. Divock Origi (knock and illness) is a doubt and Jordan Henderson and Daniel Sturridge are injured.

Key stat
Liverpool have won one of their last six away games.