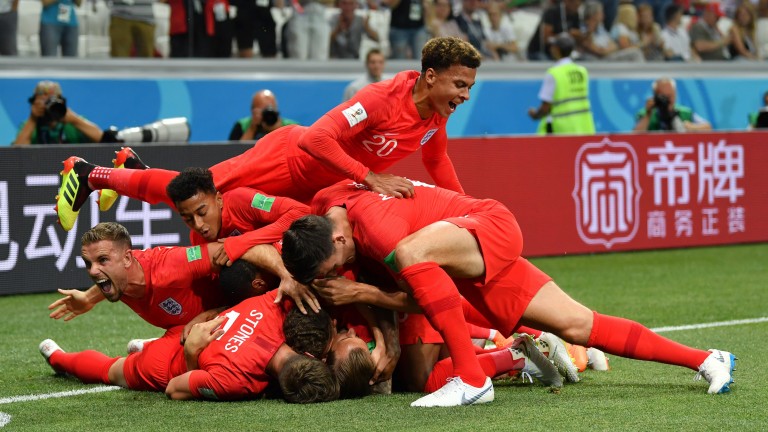 1 England are a massive threat at set pieces
Both England's goals came when Harry Kane picked up the pieces after the Three Lions had won a key ball from a set-piece.

The Tunisian defence were unable to cope with both Harry Maguire and John Stones who were able to pick up the pieces when Kane was restricted by seemingly unfair means.

The quality of Kieran Trippier's delivery caused a host of problems, which inspires confidence that they will be able to dig themselves out of similar situations in future matches.

Look out for both Stones and Maguire in goalscorer markets for Sunday's game against Panama as it would be no surprise if they were able to dominate again and they may not be denied in Nizhny Novgorod.

2 Kane is the only Three Lion who is cool in front of goal
England need not have left it so late to claim an opening victory.

They create a whole host of chances in the first half without being able to take them and there appeared to be a reluctance to take a chance and fire at goal.

When they did, shots were scuffed, miscued and hastily addressed when the need was there for a cool head.

Maybe it was the occasion that got to some of the members of the team, but relaxing when presented with good opportunities and not being afraid to miss would be of huge benefit because not every opportunity is going to fall to the captain.

3 Tunisia should claim three points against Panama
While Ferjani Sassi's penalty was the only shot on target Tunisia were able to muster, they will probably feel aggrieved that their strong defensive display after the break was not enough to earn them a draw.

But they are not the weakest team in the competition and they still did enough to ensure that England knew they had been in a game.

Nabil Maaloul's team are capable of being just as difficult to break down when they play Belgium in Moscow on Saturday, but while a win may prove beyond them in that game, there should be little to worry them in their closing clash with Panama.

Any odds-against about the African team coming out on top of their final match in Saransk on June 28 should be snapped up.