Dullest game of the tournament sees both sides advance 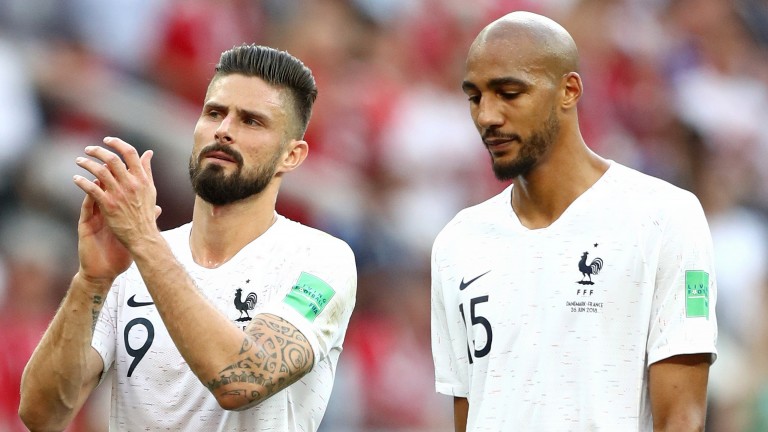 1 France are not among the top contenders
Before the start of the World Cup Denmark manager Age Hareide said he thought that France were nothing special.

On the evidence of this dreadful contest in Moscow he was spot on.

Even with six changes there were still plenty of star names on the French teamsheet.

But for the third game running they failed to function as a cohesive unit and were made to look ordinary by a Danish side, who set out with the clear objective of not being beaten.

Substitutes Nabil Fekir and Kylian Mbappe injected a bit of flair and enthusiasm late on but there was no disguising the ineptitude of Les Bleus, who do not have the look of potential champions.

2 Pogba the key to a French revival
Paul Pogba has had plenty of critics but his drive and eye for a pass were missed in Moscow, where France were far too predictable.

N'Golo Kante was his usual busy self in midfield but neither he nor midfield partner Steven Nzonzi possess the eye for a defence-splitting pass.

Antoine Griezmann and Olivier Giroud had off days but it was hard to be too harsh on them because the service was non-existent.

Ousmane Dembele and Thomas Lemar did nothing to enhance their chances of more regular action and the delivery from the full backs was consistency poor.

France have some decent forwards but Pogba looks the only player capable of feeding them. He has a huge task on his hands.

3 Dull Danes will be tough to beat
Neutrals in the crowd were none too impressed with Denmark's safety-first approach but the Scandinavians have been focused on winning points rather than friends and they might not be an easy side to shift in the round of 16.

With Christian Eriksen in the side there is always the chance of a moment of match-winning magic.

And if the Spurs man fails to deliver, they will look to keep things tight and take their chances in a penalty shootout.

Denmark have not been an easy watch in any of their three matches but they are defensively strong and Hareide will feel vindicated after becoming the first manager to lead them to the World Cup knockout stages since Morten Olsen in 2002.