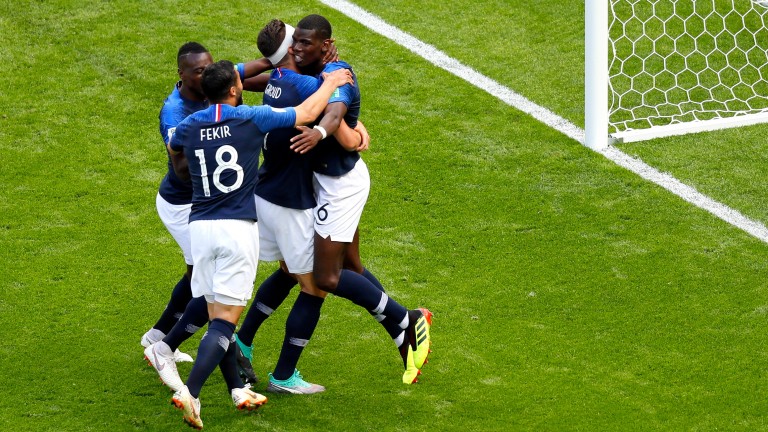 1 Inexperienced defence could hinder France's World Cup bid
France are flooded with attacking stars but defensively they look much weaker than their market rivals and their inexperienced backline could be exposed by better opposition.

Australia lacked the quality to capitalise on France's shaky rearguard but were given hope when Samuel Umtiti highlighted their defensive concerns with a needless handball.

Umtiti is prone to lapses in concentration and that could unnerve inexperienced full-backs Benjamin Pavard and Lucas Hernandez who have just 13 caps between them.

At 25, Raphael Varane was the most experienced France defender to feature against the Aussies and Didier Deschamps will be relying on holding midfielder N'Golo Kante to protect what looks a vulnerable backline.

2 Australia are well-organised but lack creative spark
Bert van Marwijk has his Australia side well-drilled with Aaron Mooy and seasoned skipper Mile Jedinak keeping things ticking in midfield but they lack the attacking intent to cause a stir in Group C.

The Socceroos lost all three of their group games in 2014 and a repeat is possible after they registered just one shot on target and forced only one corner.

Celtic ace Tomas Rogic is the one most likely to have an impact in Russia but with Denmark and Peru to come they need to be at their best to have any hope of qualifying.

3 Technology will play a key role
VAR made its first impact on the World Cup and it highlighted the importance of technology in the modern game with stakes particularly high.

France got their disputed penalty thanks to VAR and the goal-line technology confirmed their winning goal had gone in. Without them, the outcome could have been different.