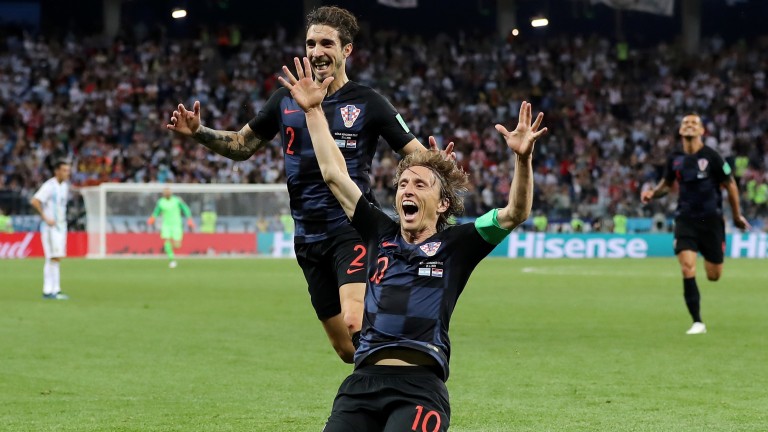 1 Croatia have the class to go deep at World Cup
Much of the focus will concentrate on Argentina's failings but Croatia put in the most complete performance of this year's World Cup when beating the South Americans 3-0.

They were solid at the back, had a threat in the final third and their midfield shone with Luka Modric scoring a magnificent goal.

Croatia beat Spain at Euro 2016 before exiting the competition in unfortunate circumstances to Portugal but maybe with a bit more luck this golden generation can deliver something special.

Argentina failed to create chances for Lionel Messi and Sergio Aguero primarily because of an unbalanced midfield that was all over the place. It's baffling that Ever Banega and Giovani Lo Celso were unused given the shambles.

And Willy Caballero's horrendous mistake for the opening goal suggests Jorge Sampaoli will also have to chance his keeper after the netminder also put in a shaky show against Iceland.

3 Referees determined not to dish out red cards
Ravshan Irmatov was given a couple of opportunities to get his red card out but he maintained the leniency of his fellow arbiters throughout the tournament by trying to keep the match 11 v 11.

Ante Rebic was fortunate not to be expelled in the first half and some of the Argentinian tackling in the second half was robust to say the least.