Ever Banega makes impact on return to the team 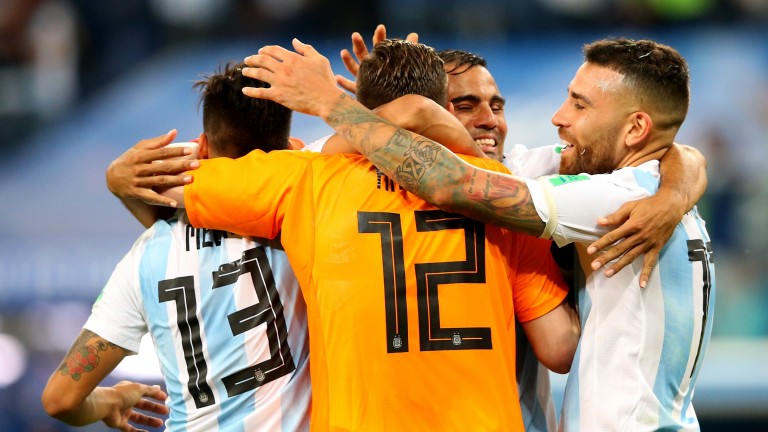 1 Argentina can now play with no fear
Ordinarily exiting the World Cup at the last-16 stage would be a terrible tournament by Argentina's standards but such has been their journey to the knockout phase it almost feels like Jorge Sampaoli's side are now freerolling their way around Russia.

This is a side that nearly failed to reach the finals then stumbled their way to second spot in Group D, needing a brilliant finish late on from centre-back Marcos Rojo to fend off Nigeria in a pulsating encounter in St Petersburg.

Humiliation is no longer a threat, the fans are back on side and they can look forward to the challenge of being underdogs against France in a blockbuster of a tie in the opening last-16 encounter on Saturday.

2 Dybala has gone to Russia for a holiday
When Argentina made their first sub with 29 minutes left and they needed a goal Sampaoli brought on Cristian Pavon, then 11 minutes later it was Maxi Meza that was introduced before finally Sergio Aguero came on to help the cause with ten minutes remaining.

It has long been said that Sampaoli does not fancy Paulo Dybala and his Croatia cameo last Thursday could be all he gets of these finals which is such a shame for such a talented performer.

3 Banega back with a bang
Argentina have been desperate for a playmaker to get the midfield connecting with Lionel Messi and Ever Banega delivered a delicious assist for the opener, scored by the Barcelona superstar.

Messi's knee control and touch to take it away from the defender was even better than his right-foot finish but none of that would have been possible unless Banega had delivered the pass in the first place.