Swiss hit by absences in defence 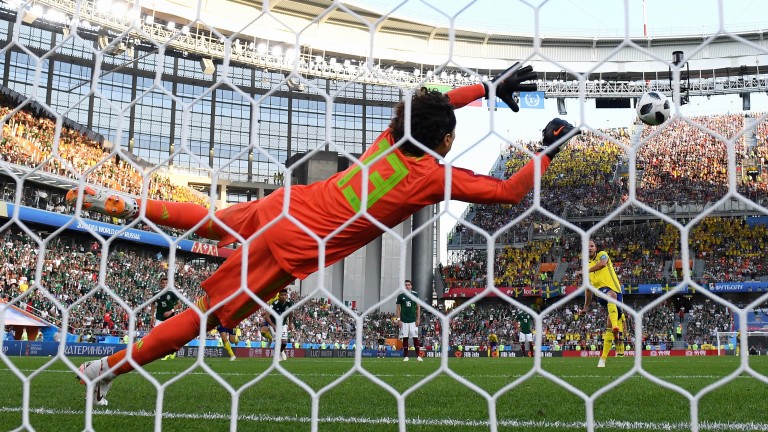 Both all-European 2018 World Cup knockout ties on Sunday went to penalties and it would not be a huge surprise if Sweden and Switzerland go the distance in their last-16 tie in Saint Petersburg.

There is not much between the teams and in a game where the goal expectancy is low the draw looks a big runner, but it may be slightly unfair to see Sweden as underdogs.

Sweden rarely do anything flashy and their direct, defensive 4-4-2 formation is all about hard work and team ethic in the post-Zlatan Ibrahimovic era.

However, at some stage the Scandinavians deserve credit for the results they have achieved, even as far back as Euro 2016 when they lost 1-0 to Italy in the 88th minute and by the same score in the 84th minute against Belgium to narrowly go home at the group stage.

Sweden beat France in World Cup qualifying and finished  ahead of Holland before eliminating Italy 1-0 in the playoffs to reach Russia. Now they have topped a group which included Germany and lost to the dethroned world champions only ta superb injury-time free kick from Toni Kroos.

Sweden won their other two group matches to nil against South Korea and Mexico.

There is a certain amount of luck involved given how deep they defend but Janne Andersson's side are beginning to become a bigger threat from set-pieces and counter-attacks, at least more so than their playoff triumph against Italy which was dubbed the Miracle in Milan.

Viktor Claesson and Emil Forsberg provide the quality out wide and the two strikers - Marcus Berg and Ola Toivonen - are awkward customers who could test a weakened Swiss defence.

Sweden's Seb Larsson is suspended but Switzerland are worse off in that department with captain Stephan Lichtsteiner joining Fabian Schar on the sidelines.

It will be interesting to see how the Swiss cope missing two important defensive players for a game of this magnitude as they search for their first clean sheet of the tournament.

Switzerland recovered excellently to take a point off Brazil in their World Cup opener and it was a similar story against Serbia, who dominated the first half but were undone by a spirited second-half show from Vladimir Petkovic's side.

The goals came from Granit Xhaka and Xherdan Shaqiri in a tension-fuelled encounter - both scorers, who are ethnic Albanians from Kosovo, celebrated with the double-headed eagle flag of Albania, which could have led to them being banned for two World Cup matches.

Petkovic will be delighted his main men are available, particularly as Shaqiri is the man most likely to decide the tie for Switzerland.

He is a better goalscoring bet than any of the forwards - Breel Embolo, Haris Seferovic, Mario Gavranovic and Josip Drmic, all of whom have their weaknesses - and their only goal from the attackers came via Drmic in the 2-2 draw with Costa Rica last time out.

Sweden
Team news
Seb Larsson is suspended and likely to be replaced by Gustav Svensson.

Strengths
Team unity is everything and the squad has been bonded further after being shamefully taunted by the German bench following their defeat and the racist abuse on social media aimed at Jimmy Durmaz.

Weaknesses
Lack a star player to create a moment of individual brilliance. Sweden have been behind only for a few seconds in the tournament and may struggle if they are forced to chase the match.

Key man
Centre-back Andreas Granqvist has become a favourite of goalscorer punters after scoring twice already from the spot. He is as big as 16-1 to open the scoring with some bookmakers.

Switzerland
Team news
Right-back Stephan Lichtsteiner and centre-back Fabian Schar are suspended and are set to be replaced by Michael Lang and Johan Djourou.

Strengths
There is some real quality in the midfield area combined with experience. Xherdan Shaqiri can provide moments of magic and Yann Sommer is a reliable goalkeeper.

Weaknesses
It's a blow to be missing two members of the back four, while the striking position is a major concern. Vladimir Petkovic has four options to choose from but none of the quartet is convincing.

Key man
Shaqiri is being strongly linked with a move to Liverpool and seems to be revelling in the prospect of putting himself in the shop window as he prepares to leave relegated Stoke.

Key stat
Both teams have scored in just two of Sweden's last 11 matches.