Have faith in Trinity to stay in touch with Giants 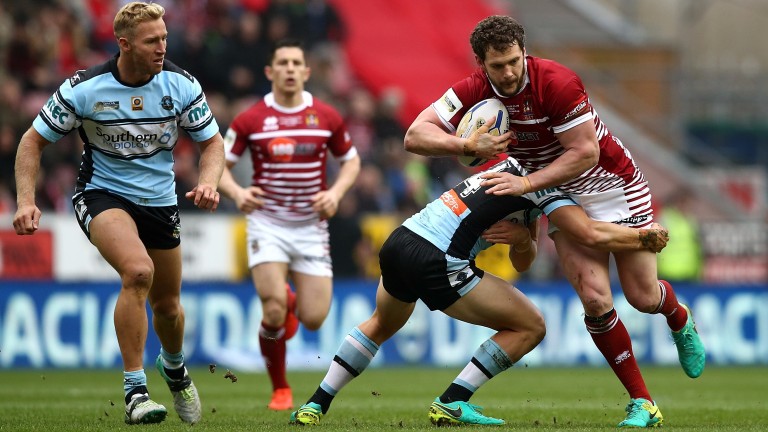 World Club champions Wigan can take a while longer to rest on their laurels after their scheduled televised Betfred Super League clash with Widnes was postponed on Thursday night.

The DW Stadium would have been buzzing after their wonderful win over NRL Premiers Cronulla with Wigan celebrating being on top of the world for the fourth time.

But Warriors chairman, Ian Lenagan, said: “With the inclement weather over the last day resulting in intermittent standing water on the pitch and further forecasted bad weather over the next 24 hours, the DW Stadium pitch simply cannot sustain two games this weekend.

“With Athletic’s season at a critical stage and after discussions with Wigan Athletic chairman David Sharpe it was agreed they need to play this fixture more than we need to play ours.

“Potential for the game to be moved to Sunday was discussed but this simply isn’t an option with the pitch in its current state, therefore the game will be rescheduled for later this season. We apologise to our fans for the inconvenience.

“I too am bitterly disappointed not to be able to welcome our champion team but feel that we have made the right decision.”

Like Wigan, Warrington enjoyed a big win over the cream of Australian rugby league last weekend when they saw off Brisbane 27-18.

The Wolves face another tough test when they take on Castleford at the Halliwell Jones and the six-point handicap chalked up by the layers looks a fair assessment.

The lines look spot-on in the matches involving St Helens and Leeds. Saints are asked to give up a dozen at Leigh and the Rhinos to concede ten at home to Salford. It’s a brave punter who backs two teams who’ve scored just 27 points between them in three games to give up double-digit starts.

Instead take Wakefield with a handy eight-point buffer at Huddersfield.

Trinity finished eight points above the Giants in the 2016 table and won all three meetings between the teams last year.

There seems no reason for the layers to make Chris Chester’s team such big underdogs.