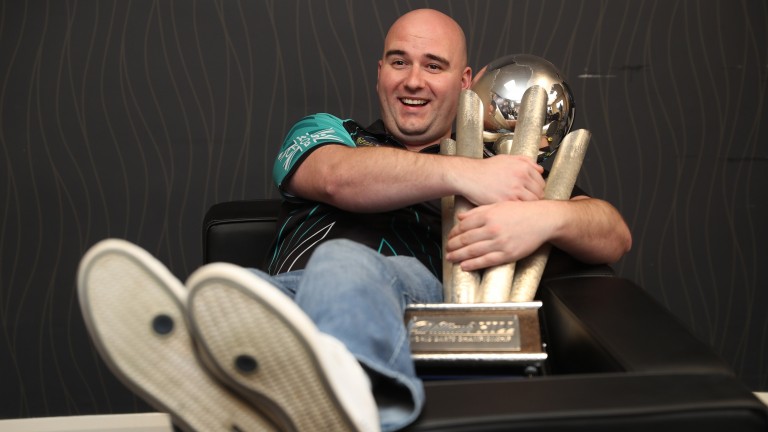 Mensur Suljovic v Michael Smith
Head-to-head: Suljovic leads 8-5
Mensur Suljovic is second from bottom of the Premier League without a point to his name, but he can make it third-time lucky when he takes on Michael Smith at the Metro Radio Arena in Newcastle.

Suljovic leads the league in averages – he’s averaging 103.13 per three darts with a solid 45-per-cent checkout percentage – but he still has nothing more than a pair of 7-5 losses to show for his efforts.

The Austrian is clearly throwing well and likes playing against Smith who, in turn, doesn’t like playing Suljovic. The slow pace of the game doesn’t suit Bully Boy and the head-to-heads favour Suljovic. The pair met in round one of the Masters last month and Suljovic won 10-8.

Daryl Gurney v Gerwyn Price
Head-to-head: Price leads 6-1
Gerwyn Price boasts an outstanding record against Daryl Gurney, the most recent of his wins coming in round one of the Masters in Milton Keynes last month.

Despite that, and understandably given the world rankings and that Gurney reached a Coral UK Open qualifier final on Sunday, Superchin is favourite for the second spat of the night.

This should be close and the outsider looks well worth a nibble given their head-to-head stats.

Peter Wright v Rob Cross
Head-to-head: 3-3
A final and two semis in the weekend’s trio of Coral UK Open qualifiers will have helped to remind Rob Cross of how good he is, and he can take that form into his showdown with Peter Wright.

The world champion would have been a short-priced favourite for this at the start of the Premier League but his two heavy defeats, coupled with Snakebite’s success against Michael van Gerwen last week, mean the Scot is favoured.

Don’t lose faith in the debutant just yet. He beat Wright on Saturday evening in Wigan and looks top value at 13-8.

Van Gerwen tends to be at his most dangerous after a defeat and with Anderson still not fully recovered from a back problem which has meant him having to redesign elements of his throw, the Dutchman gets the nod. The 8-13 looks about right.

Where the Scot may have an edge – or is at least some value – is in 180 gathering. Skybet go 13-8 that Anderson hits the most maximums despite him holding an 8-5 edge over Mighty Mike after two rounds.

Simon Whitlock v Raymond van Barneveld
Head-to-head: Van Barneveld leads 17-13
Simon Whitlock, perhaps narked by barbed comments about the worthiness of his wildcard, has shoved it well and truly up his critics with a blistering two-out-of-two start.

That winning run is set to be ended by Tyneside’s adopted son, Raymond van Barneveld, though.

Barney will have the crowd on his side, is playing superbly and can end the Aussie’s perfect start to the campaign. Whitlock had nothing to beat against Rob Cross last week whereas Barney had has to produce twice to get a point off Daryl Gurney and pip Mensur Suljovic.