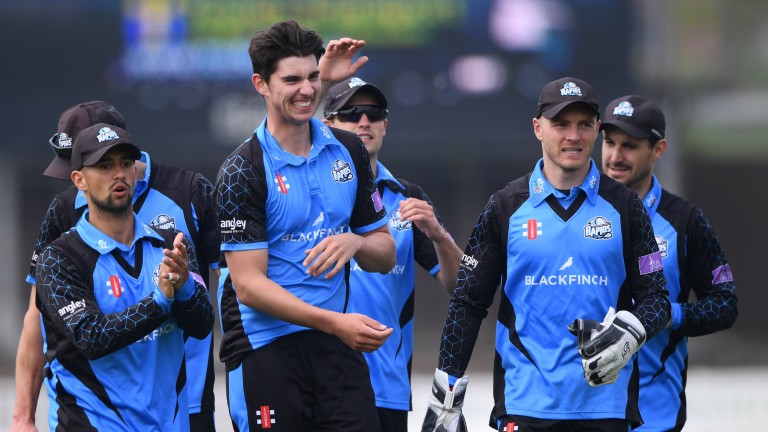 Worcestershire celebrate a wicket for fast bowler Josh Tongue in the win over Durham
Stu Forster
1 of 1
By James Milton 8:00PM, APR 27 2019

Worcestershire played some terrific 50-over cricket on their way to the One-Day Cup semi-finals last summer and they have started their 2019 campaign with three wins out of four.

Neighbours Warwickshire, in contrast, have taken just one point from their first four games, courtesy of a tie with Yorkshire in their opener, and they struggled to lay a glove on Durham in their latest defeat.

The Bears' top-order batsmen have toiled in this competition, slipping to 45-4 against Northamptonshire and 22-4 against Nottinghamshire, while Worcestershire have already posted four individual centuries this summer including two from New Zealand opener Hamish Rutherford.

The pick of the bets in the non-televised fixtures could be the 4-5 about Durham beating Derbyshire in a clash of two in-form captains.

Derbyshire skipper Billy Godleman struck his third ton in a row to help his side claim an unlikely tie in their rain-affected game against Yorkshire last time out, but Durham's Cameron Bancroft has steered his men to three wins in four matches.

The Australian made unbeaten centuries in the victories over Northamptonshire and Leicestershire but Friday's impressive win at Warwickshire was based on an excellent bowling display followed up by half-centuries for Graham Clark, Alex Lees and Gareth Harte.