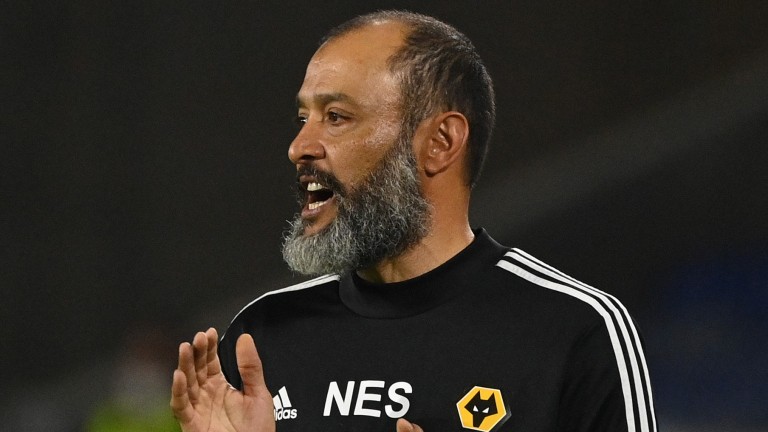 Free football tips, best bets and analysis for Wolves v Crystal Palace in the FA Cup third round on Friday.

Crystal Palace
Jeffrey Schlupp is injured and Gary Cahill is a major doubt..

Poor form, a lack of goals and an abject third-round record make Wolves fairly easy to oppose at home to Crystal Palace.

Punters may understandably want to wait for the confimed team news before putting any of their hard-earned on a showdown between two clubs separated by only goal difference in the Premier League table.

The presence or absence of Wilfried Zaha is probably the key decision for those who want to see the teamsheets before they get involved, although Wolves are themselves so short of numbers that misfit Patrick Cutrone has been summoned from a loan spell at Fiorentina where he was a regular on the bench rather than in the starting eleven.

Nuno and Roy Hodgson are both expected to ring the changes to some degree and given everything we know about the sides and the form they are in, neither appeals greatly. Indeed, the draw doesn't look a bad option since neither side is full of goals.

They aren't in particularly good form either with only one win in seven games, a sequence completed when they threw away a two-goal lead in a 3-3 draw at Brighton.

They have fallen at their first hurdle in this competition in seven of the last nine seasons though Palace also crashed out at this stage 12 months ago despite Hodgson sending out a strong team at home to Derby.

At least the Eagles are upbeat following last Saturday's 2-0 success at home to Sheffield United which in turn followed a hard-earned point against Leicester.

After horror shows at home to Liverpool (lost 7-0) and at ten-man Villa (lost 3-0), Hodgson will have been delighted with their attitude and resolve and concerns over Jeffrey Schlupp's injury will be allayed by the progress being made by Ebe Eze.

Since that fantastic 5-1 win at West Brom last month they have scored five goals in six games and won't find Santo's defence – whoever mans it – anywhere near as generous as the Baggies' back line.