Chelsea can grind out win over depleted Wolves 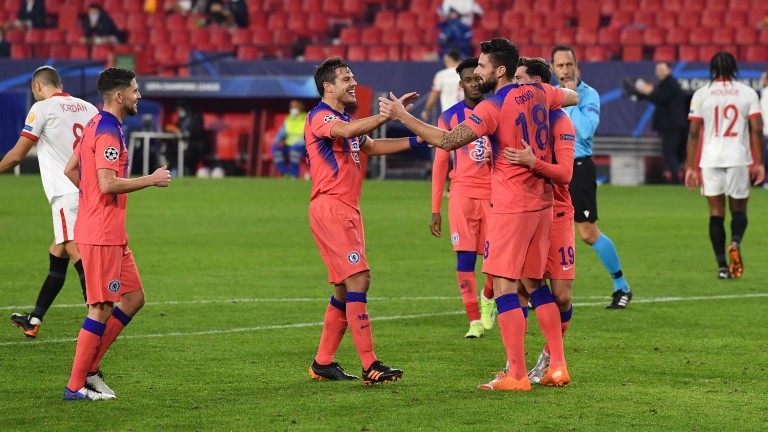 Wolves
Joao Moutinho is suspended following his red card against Aston Villa and Raul Jimenez remains sidelined after surgery on his fractured skull. Jonny is a long-term injury absentee.

Chelsea
Hakim Ziyech and Callum Hudson-Odoi are sidelined while fellow winger Christian Pulisic (hamstring) is doubtful but has travelled.

Chelsea backers had their fingers singed on Saturday as the Blues lost 1-0 at out-of-form Everton and Frank Lampard's side are a similar price for victory over Wolves at Molineux.

In his post-match interview Lampard seemed to be on the verge of quoting David O'Leary's famous line "they're only babies" as he attributed the defeat at Goodison Park to his squad's lack of Premier League experience.

Chelsea were well below their best at Everton but they still kept Toffees keeper Jordan Pickford busy, hitting the woodwork twice, and the goal they conceded came from the penalty spot.

Lampard has been keen to play down his side's title chances ever since Jurgen Klopp's claim that, contrary to the betting odds, Chelsea should be considered favourites for the Premier League.

That blip at Goodison was a reminder that the Londoners remain a work in progress but they should be too streetwise for a Wolves side missing suspended midfielder Joao Moutinho and the injured Raul Jimenez.

The absence of Jimenez means teenager Fabio Silva could lead the line again, having made his first Premier League start in Saturday's 1-0 home defeat to Aston Villa.

Silva hit the post and had a couple of other chances in a lively display against Villa but Wolves were stung by an injury-time penalty and the late red card for Moutinho.

Nuno Espirito Santo admitted afterwards that his side must find a way to cope without Jimenez, who scored 17 of Wolves's 51 league goals last season. Diogo Jota, now at Liverpool, notched seven times and no other Wolves player scored more than four in the league.

Chelsea have fewer concerns in attack, having scored three or more goals in seven of their 12 league matches this term and struck 14 times in six Champions League group games.

They have improved defensively since September's trip to West Brom when they found themselves 3-0 down inside 27 minutes.

Gylfi Sigurdsson's penalty for Everton on Saturday is the only goal Chelsea have conceded in four subsequent away league matches as they drew 0-0 at Manchester United and won to nil against Burnley and Newcastle.

Wolves have suffered some uncharacteristically heavy defeats this season, losing 4-0 at West Ham and Liverpool, but they remain Scrooge-like at Molineux where just one of their 15 league matches in 2020 has produced over 3.5 goals.

Chelsea's attacking quality should get them back on track but the visitors may have to work hard for a win.

Just three of Wolves's last 26 games in all competitions have produced over 3.5 goals.