Wolves to take a big bite out of the Reds

Rotation may backfire on hosts 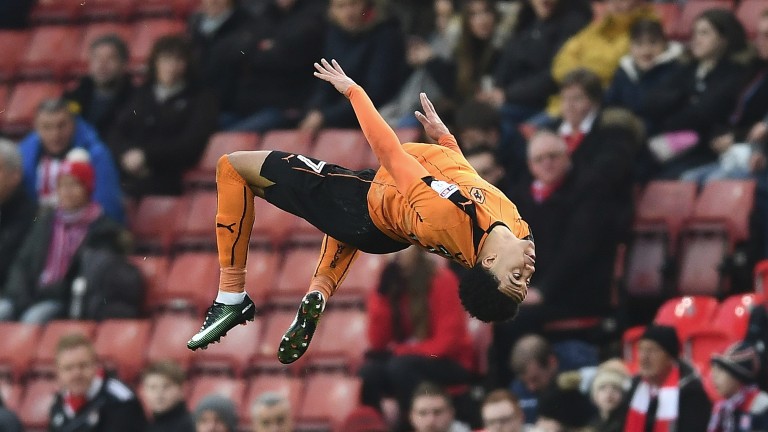 The Wolves’ forums are full of fans, old pros and anyone else with gold and black affections urging their team to go out at Anfield and play like they did at Stoke in round three.

And pretty much every online request for a Stoke Mk II is answered by some Molineux realist fretting that Wolves instead are going to reproduce what they did at Cardiff, Norwich or several other venues where they stank the place out.

And that’s Wolves for you. Even their own supporters haven’t got a clue what to expect.

That could work in their favour if Jurgen Klopp’s lads are studying videos of the abject 2-1 loss at Cardiff rather than the heroic 2-0 triumph at Stoke, and become totally complacent this lunchtime, but it’s not much of a straw to be clutching at.

Such unpredictability isn’t a bad thing from a betting perspective. Basically, you wouldn’t go near the Sky Bet Championship outfit at short odds against anyone (except, perhaps, Rotherham), but at 11-1? Even away at a club such as Liverpool?

I suggested a few weeks ago that Liverpool were worth taking on at home to Plymouth in round three, largely because of the youthful team Klopp was sending out. The German’s kids duly bossed the match with Argyle but could only draw 0-0.

They’ve since lost two home matches in four days, have won only one of their last seven and will make wholesale changes once more before Tuesday’s showdown with Chelsea, a match which will determine whether they are in the title race or not.

Klopp will, however, make fewer changes than he did against Plymouth. Obviously Wolves are stronger opponents and having lost their EFL Cup semi-final against Southampton on Wednesday, this next route to Wembley needs to be taken a little more seriously.

And Klopp could do with a win following back-to-back home losses against Swansea and the Saints.

It’s difficult to put your finger on exactly what’s going wrong at Anfield, though they miss Sadio Mane, that’s for sure. Or maybe, because of their intense training regime and playing style, they were inevitably going to fade earlier than others, a point
made again this week by Klopp’s critics.

Either way, they aren’t any sort of value at 3-10 regardless of
how good, bad or indifferent Wolves will be. In the visitors’ favour, of course, is that they’re going nowhere in their division so Paul Lambert, who took a coaching badge with Klopp 13 years ago, can chuck everything at this tie.

When they get the opportunity they will be direct though they possess a gem of a wide man in Helder Costa, on loan from Benfica and scorer of nine this season. He looks more potent than Daniel Sturridge and might be worth a poke at 5-1 to score.

Team news
Liverpool
Sadio Mane is away with Senegal. Adam Lallana won’t be risked and Nathaniel Clyne is a doubt. Marko Grujic and Danny Ings are long-term absentees.