Rhinos could trample all over minnows Barrow 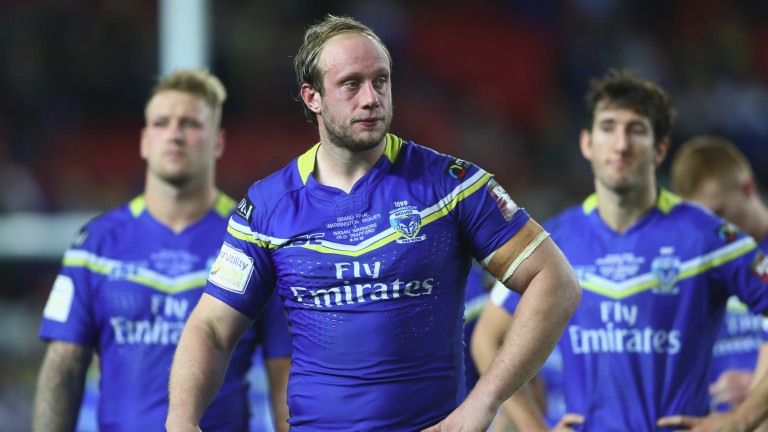 Warrington and Widnes are suffering disappointing seasons in the Betfred Super League but one of the Cheshire clubs will be celebrating a place in the quarter-finals of the Ladbrokes Challenge Cup.

The Wolves start as overwhelming favourites and are as short as 1-16 with the competition sponsors, who offer the visitors a sizeable 22-point start on the handicap.

The Vikings received just 14 points on the opening show but the line has risen markedly due to an injury bulletin from coach Denis Betts, who has revealed a dozen players are out of action.

The latest to join the casualty list is former Warrington man Chris Bridge, who has concussion, but at least Widnes have two key men in Aaron Heremaia and Rhys Hanbury fit and available.

Wolves boss Tony Smith is able to welcome back England trio Chris Hill, Stefan Ratchford and Kevin Brown who will line up against his old teammates.

Last year Brown was in the Vikings side that almost sprung a quarter-final upset at the Halliwell Jones Stadium.

A late Kurt Gidley penalty got Warrington home 20-18 after Widnes had led at half-time and this repeat meeting may turn out to be closer than the odds suggest.

The Wolves won both of last year's home league meetings by 18 points and ground out a 19-10 success when the teams clashed at the Select Security Stadium last month.

With those results in mind, it may be worth backing the hosts to get home by 20 points or fewer at a shade of odds-against.

The other ties should result in comfortable wins for Super League sides against lower-league opposition.

Swinton are 16-1 to repeat their fifth-round upset over Hudders­field when they host Wigan.

The Warriors are asked to concede a handicap in the high 30s but given their lengthy injury list that can be swerved.

However, Leeds could be worth backing to overcome the 38-point buffer handed to third-tier Barrow.

The Raiders were in league action at Keighley on Wednesday night and playing two matches in four days is tough against a top Super League side such as the Rhinos.

Castleford booked their place in the last eight by routing St Helens. The Tigers join holders Hull, Salford, Wakefield and Championship club Featherstone in the quarter-finals.