Bowler seems to have the measure of New Zealand batsmen 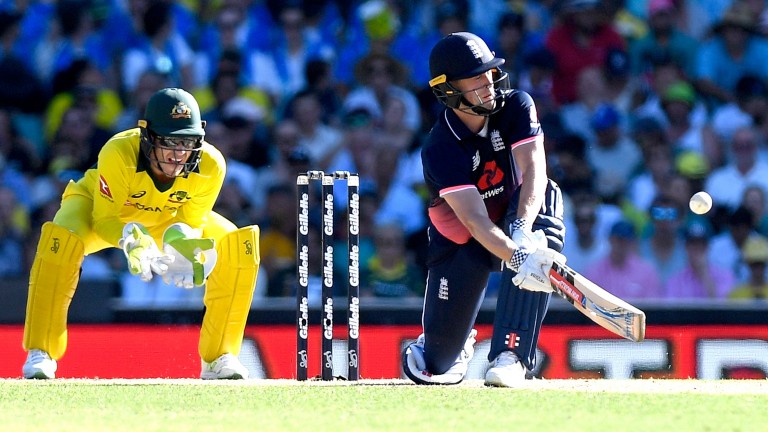 England's arsenal of big-hitting batsman have reached soaring heights in limited-overs cricket over the past few years but it was a nerveless performance by their bowlers on Saturday that has put them on the brink of a series victory in New Zealand.

Nearly all of the Three Lions' batting unit got a start in Wellington but no-one was able to convert as Eoin Morgan's tourists were bowled out for a below-par 234.

However, despite the best efforts of returning Black Caps captain Kane Williamson, who compiled a masterful 112 not out, and Mitchell Santner's 41, England's bowlers hardly put a foot wrong as they restricted the hosts to 230-8 - four runs shy of their target.

Spin duo Adil Rashid and Moeen Ali did the most damage, claiming a combined 5-70 from their 20 overs, while opening bowler Chris Woakes continued his impressive tour with 2-40.

In all three meetings Woakes, in particular, has appeared to have a hold over New Zealand's top and middle-order claiming six wickets at 21.5 runs a piece.

Four of those wickets have been that of Martin Guptill or of his powerpacked opening partner Colin Munro and it Woakes's early inroads have formed the basis of England's triumphs in the last two contests.

In the absence of Williamson in Tauranga and Ross Taylor, who remains a fitness doubt, in Wellington, New Zealand's middle order have wilted under the scrutiny of England's varied attack.

The hosts were 27-3 in the first clash in Wellington inside ten overs, 82-5 at the midway point of their innings in the second ODI and fell from 80-1 to 103-6 on Saturday. That area of weakness could be exploited by Woakes et al again.

Woakes looks a live runner at 7-2 in the top England wicket-taker market in Dunedin on Tuesday night while his all-round capabilities mean he could also eclipse bet365's player performance line of 45.5.

As well as his bowling prowess, the Warwickshire man has a knack of chipping in with vital lower-order runs and posted scored of 39 not out, 53 not out and 78 in three innings during the recent ODI series with Australia.

If England are to wrap up the series in Dunedin, Woakes should have a big role to play.