Wizard of Wishaw can cast spell to land Players title 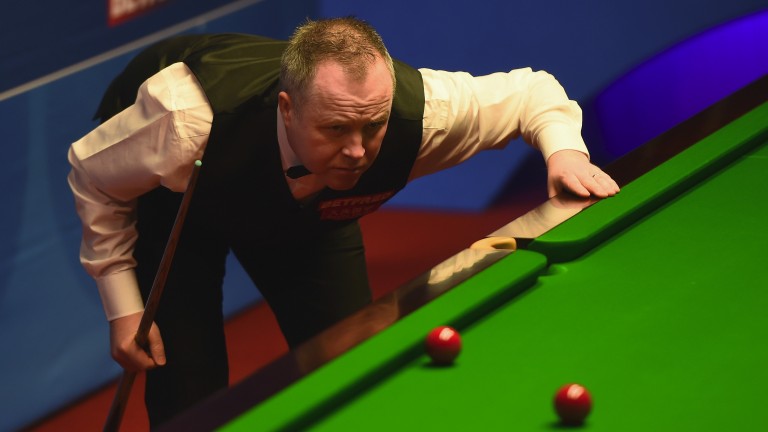 John Higgins looks to have a great chance in Llandudno
Laurence Griffiths
1 of 1
By Henry Hardwicke 2:06PM, MAR 6 2017

John Higgins returned to his imperious best towards the end of 2016 and while he has taken a while to get going this year the Wizard of Wishaw can work his magic at the Ladbrokes Players Championship.

Higgins landed the big-money China Championship in November and followed that victory by taking the Champion of Champions event the following week. The Scot went on to make the final of the Coral Scottish Open in what proved to be a golden end to 2016.

This year hasn't been quite as successful and the Wizard of Wishaw was beaten in the second round of the low-key Gibraltar Open last week. However, that may not be a bad thing given that the Scot should be fresh for the Llandudno showdown.

Ding Junhui is Higgins's first-round opponent in Wales and while it's always possible that a top potter such as the Chinese Sensation can click into gear he hasn't been in the best nick for the past couple of months.

If Higgins can come through his first-round clash he will face either Anthony Hamilton or Stuart Bingham. The four-time world champion would likely be a strong favourite against Hamilton and at worst pick 'em against Bingham.

It's a bottom-heavy draw in Llandudno with top-class cuemen Barry Hawkins, Neil Robertson, Shaun Murphy, Ronnie O'Sullivan and Judd Trump all housed in the second section and that makes Higgins, who is in the top half, a cracking each-way bet at 12-1.