Wise punters should be keeping an eye on improving Aaron 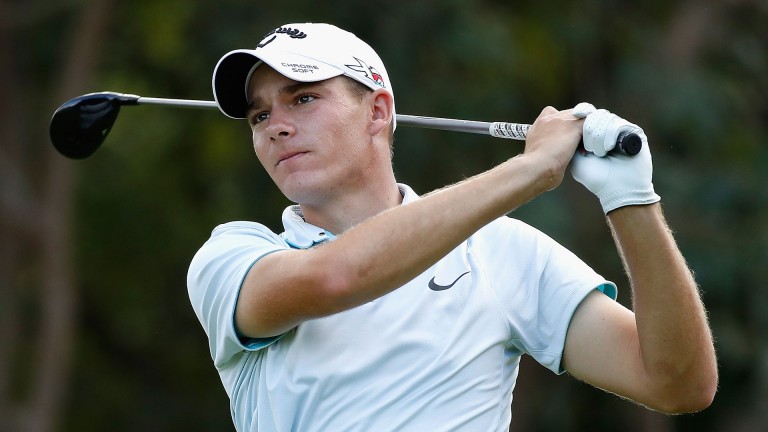 Aaron Wise
Last month Aaron Wise moved into the top 500 of the world rankings for the first time and further progress seems inevitable for a 20-year-old loaded with ability.

Wise, who was born in South Africa before his family moved to the States when he was three, was a prolific winner in his college days. Victory in the 2015 Pacific Coast Amateur and the NCAA Championship enhanced his status, then he triumphed again in only his third professional tournament, the Syncrude Oil Country Championship on the Canadian Tour at the end of July.

US Tour sponsors exemptions have been flooding in for Wise, and he made one count in the Shriners Open last month by sharing tenth place. Then, in the opening round of the OHL Classic of Mayakoba, he made a hole-in-one and an eagle in consecutive holes. Keep an eye on this young powerhouse whenever he gets a chance, particularly in California, where he grew up.

Bobby Wyatt
Finishing 22nd on the Web.com Tour Finals money list allowed Bobby Wyatt to scrape a US Tour card for 2017 and the Alabama slammer can be fancied to keep his playing rights in style.

Wyatt has been earmarked for greatness since he fired a spectacular 14-under-par round of 57 in the 2010 Alabama State Junior Championship at the age of 17, the highlight of a superb amateur career. Six years later, he got a sponsors exemption to the Zurich Classic of New Orleans, finishing fourth, just one shot outside of a playoff.

Wyatt has made a slow start to the 2017 US Tour season – a nervous rookie finding his feet – but it will probably not be long before he settles and starts contending for honours. Long-game class should see the world number 528 make great strides in the year ahead.

Robby Shelton
The world number 1,059 may not seem an ideal candidate as a player to follow, but Robby Shelton is blessed with immense gifts which will surely see him make a rapid rise up the rankings when more main-tour starts come his way.

Shelton turned professional this summer and the 21-year-old seems likely to make an impression when gaining access to the US Tour. He famously beat Jordan Spieth in the second round of the 2010 US Junior Amateur Championship at the age of 14 and became known as a quiet assassin in the Stateside youth ranks.

Shelton earned the nickname Xbox from his Walker Cup teammates – because he made golf look as easy as playing a computer game – and tee-to-green solidity is his strength. Shelton finished third in the last year's Barbasol Championship in only his second US Tour appearance. He has been given only five subsequent chances to compete. If a sponsor takes a gamble on Shelton by handing him a start, punters should do likewise.