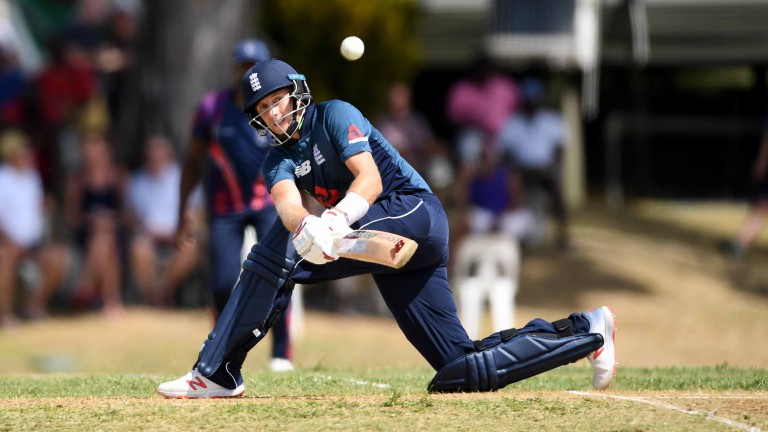 England wrapped up a T20 series victory over the West Indies in ruthless fashion in St Kitts on Friday night, dismissing the hosts for just 45 - the second-lowest score ever recorded in T20 internationals.

Sunday's series finale also takes place in St Kitts with England odds-on across the board to secure a series clean sweep.

An 137-run victory will always hint at one side being far better than the other but Friday's demolition job didn't tell the whole story of the match.

As has been a recurring theme of their Caribbean tour, England's top order weren't entirely convincing and slumped to 32-4 inside six overs before Joe Root (55) and Sam Billings (87) rescued them from a potentially perilous position.

The pace of the West Indies' attack has troubled England's batsmen throughout the tour and there is now reason to believe that they have suddenly found an answer to their problems against pace and bounce.

Sheldon Cottrell didn't feature in the Test series between the sides but has impressed in spells in the white-ball leg of the tour, taking 5-46 in the second ODI and 3-28 in the first T20 encounter.

The 29-year-old seamer has a fantastic return of 20 wickets in 12 T20 internationals at an average of just 17.90 and could be the man to lead the hosts' bid to avoid a 3-0 whitewash.

Venue
Friday's defeat was the Windies' first in completed Twenty20 outings at Warner Park. They had won their previous five albeit against Afghanistan and Bangladesh.

England skipper Eoin Morgan may opt to shuffle his pack with the series won and just seven games of limited-overs cricket to play before this summer's World Cup. Bowlers Mark Wood, Sam Curran and batsman Dawid Malan are the three players waiting in the wings.

Weather
A hot and sunny day is forecast with temperatures around 28C.