Win over Seagulls can be perfect tonic for Bilic

Hammers have forward options even without Carroll 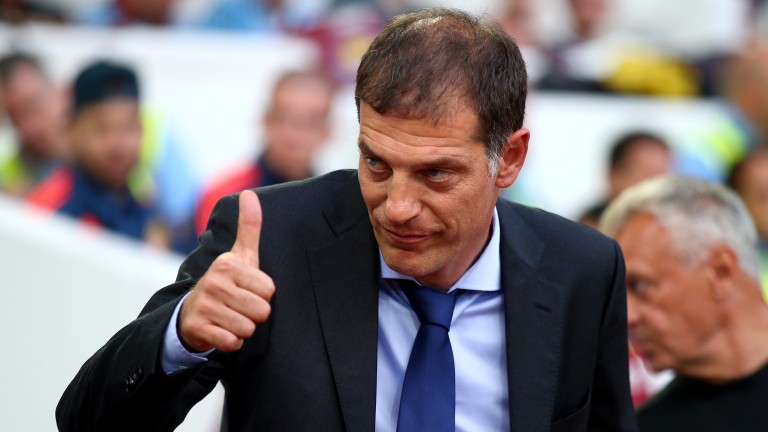 West Ham manager Slaven Bilic often seems to be one bad result away from a crisis but he can buy himself some more time by steering the Hammers to victory over Brighton at the London Stadium.

Bilic was on the back foot after West Ham lost 3-2 at home to Tottenham last month – a result that saw the Hammers drop into the relegation zone.

But four points from the last two games (a 1-0 win at home to Swansea and a 1-1 at Burnley) eased the pressure and West Ham can move into the top half by justifying odds-on favouritism.

Bilic picked a very adventurous side at Burnley – selecting wide men Michael Antonio and Marko Arnautovic, creative midfielder Manuel Lanzini as well as strikers Javier Hernandez and Andy Carroll and his tactics were working a treat until Carroll was deservedly dismissed for two reckless aerial challenges.

Carroll's stupidity left West Ham having to defend a one-goal lead for more than an hour and they did a great job until Chris Wood's late header broke their resistance.

Bilic would prefer to have kept changes to a minimum but has a decision to make up front with Carroll suspended.

Hernandez was rated doubtful earlier in the week after picking up a minor hamstring strain in training but Bilic expects him to start and the Mexican is not the only goal threat in the squad.

Arnautovic and Antonio have an eye for goal and there is far more creativity in the side with Lanzini over his early-season injury woes.

West Ham are far from the finished article but, even with Carroll absent, their attacking threat looks superior to that of the Seagulls.

Brighton were hunting a new striker all summer but had to finally admit defeat when they failed with a last-gasp deadline day move for Tottenham striker Vincent Janssen.

They have struggled offensively, scoring just once in four Premier League away fixtures.

Veteran forward Glenn Murray has failed to score in six appearances this season and looks nowhere near the threat he was in the Sky Bet Championship last term where he scored 23 goals in 45 games.

Summer signing Pascal Gross played a starring role with two goals in the 3-1 home win over West Brom but the main threat from Brighton is winger Anthony Knockaert, who is dangerous when cutting in from the right flank.

Knockaert – scorer of 15 league goals last season – was injured at the start of the campaign but notched in the 1-1 draw at home to Everton last Sunday and arrives in the capital with renewed belief.

They kept Manchester City at bay for almost 70 minutes in their opening match and have not conceded more than two goals in any match this season.

It is no great surprise that Brighton are hard to break down because their manager, Chris Hughton, always produces teams that are well organised.

However, Hughton's side lack quality at the sharp end and they may be the latest victims of West Ham's mini-revival.

Team news
West Ham
Javier Hernandez is expected to play but Andy Carroll serves a one-match ban and James Collins and Diafra Sakho are out.

Brighton
Shane Duffy is expected to feature despite being withdrawn against Everton with a groin injury. Tomer Hemed completes a three-game ban. Sam Baldock and Beram Kayal are back in training but short of match fitness.

Key stat
Brighton have not won any of their last seven away games.