Magical Muguruza ready to be crowned new queen of grass

Williams superb but may lack the pace to stop Spanish flyer 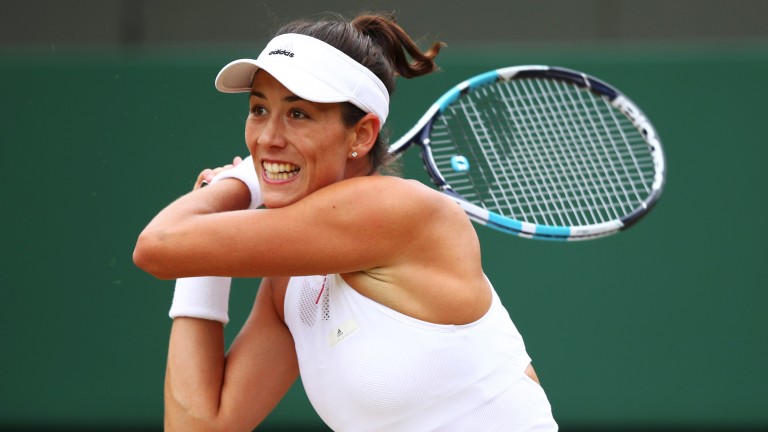 Back Garbine Muguruza to become only the second Spanish winner of the Wimbledon women's singles.

The 23-year-old, who reached the final at the All England Club two years ago when only Serena Williams was her superior, has coasted through to this year's final with the exception of a closely-fought fourth-round thriller against world number one Angelique Kerber.

Muguruza's final opponent is five-time Wimbledon singles heroine Venus Williams, who would have been confident in her own ability to reach the final Saturday in the absence of her sister Serena.

There are not many players who can stand up to Venus on a grass court, but Muguruza is definitely one of them.

It may come as a surprise to some that last year's queen of clay – Muguruza defeated Serena in the 2016 Roland Garros final – is virtually as comfortable on the fastest terrain in tennis as the slowest but that seems to be the case.

On a hard court the Spaniard has something to find with opponents such as Serena, Venus and even Belinda Bencic when the Swiss youngster plays at her peak.

Williams would be fancied to win if this match was being contested on a hard surface, such is the incredibly high standard of play she can still produce when required on courts with regular bounce.

Obviously Williams merits plenty of respect, but at the grand old age of 37, her movement on the nippy green terrain is probably not what it can still be on a level synthetic playing field.

Muguruza, with her confident groundstrokes, should be able to move her opponent around and stay in the points long enough to dominate a high percentage of them.

Williams has beaten Muguruza in three of their four previous clashes, but the Venezuela-born 14th seed won their latest meeting on clay in Rome in May.

There was not much between the pair in outright lists before the tournament started – Muguruza was 16-1 and Williams was 18-1 – and there is still not much to separate the duo in the bookmakers' final match betting.

Muguruza has not been bigger than 18-1 in the last 12 months – not counting one firm who inadvertently laid 125-1 for one night only. But Williams was quoted at a whop­ping 80-1 in December by a few bookmakers, four months before her sister Serena's pregnancy was revealed, so hopefully some each-way backers have already collected at 40-1.

Williams, who has been cleared of wrongdoing in a fatal car crash in Florida early last month, has overcome the auto-immune disease Sjogrens Syndrome and a number of injuries to reach her first Wimbledon final since 2009 and her second Grand Slam final of 2017 after being second best to Serena in the Australian Open in January.

Her All England Club stats have been impressive, especially her high percentage of points won on first serve and break points saved.

Johanna Konta, after being humbled 6-4 6-2 by Williams in the last four on Thursday, said: "Venus dictated the match from the first ball until the last one."

Williams will hope to do likewise against Muguruza but the boot may be on the other foot on this occasion.

Serena has produced some of the best tennis of her career in south-west London in recent years, but Muguruza would have been fancied to go close to avenging her 2015 final loss to the world's best female player had she been lining up against her.

So with Serena being a better player than Venus, Muguruza should also be good enough to deal with anything the older of the siblings throws at her.

Only one of the last ten women's finals has gone to a deciding set, but punters may not need to rely on stats such as that and are pointed to a straight­forward bet on Muguruza collecting the Venus Rosewater Dish.