Lions may struggle on trip to Kingsmeadow 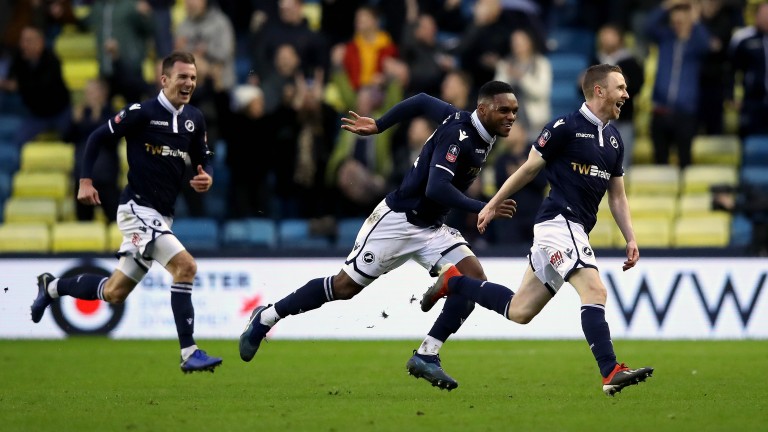 Millwall celebrate Shane Ferguson's goal against Hull in the third round
Dan Istitene
1 of 1
By Dan Childs 8:00PM, FEB 15 2019

Sky Bet League One basement boys Wimbledon have been raising their game for the FA Cup and are worth chancing to get the better of Championship strugglers Millwall at Kingsmeadow.

The Wombles produced one of the shocks of the season when defeating West Ham in the fourth round but also impressed in the previous tie at Fleetwood, coming through a tough match with a 3-2 victory.

Millwall added Everton to the list of recent Premier League scalps they have taken at the Den but are nowhere near as effective on their travels.

Team news
Wimbledon
No fresh injuries are reported and January signings Michael Folivi and Shane McLoughlin could feature after making their debuts in the 1-0 win at Walsall on Tuesday.

Key stat
Millwall have won one of their last 17 away games.