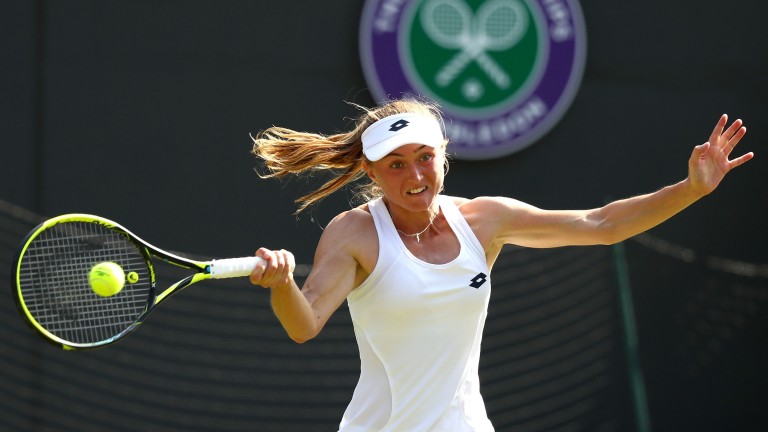 The women's singles betting was given an almighty shake-up on day two when ante-post women’s singles favourite Petra Kvitova was sensationally dumped out of Wimbledon at the first hurdle by Aliaksandra Sasnovich.

The Belarusian always looked a tough opponent for the Czech two-time All England Club champion, but Kvitova posted a tired-looking display to go down 6-4 4-6 6-0.

Serena Williams is the new favourite – the American was cut to 4-1 from 11-2 – with defending champion Garbine Muguruza, a 6-2 7-5 victor over Briton's Naomi Broady, the clear 7-1 second favourite.

Johanna Konta got her All England Club title tilt off to a positive start with a 7-5 7-6 triumph over Natalia Vikhlyant­seva, but the British number one will need to find more if she is to repeat her heroics of last season when she reached the semi-finals.

Konta's reward is a last-64 clash with world number 32 Dominika Cibulkova, who was unhappy about missing out on a seeding when Serena Williams was seeded 25th for this year’s tournament.