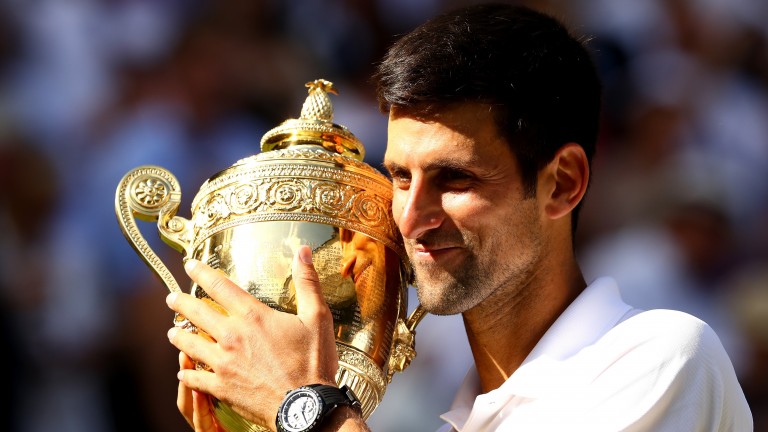 Wimbledon champion Novak Djokovic came in for solid support to win a fifth grass-court crown after Rafael Nadal and Roger Federer were paired in the opposite half of the draw.

Djokovic, who will open against experienced Philipp Kohlschreiber, is a 6-4 chance to resume winning ways in the Grand Slams after coming up short in the French Open.

The Serb could later face Dusan Lajovic, Gael Monfils, Stefanos Tsitsipas and Kevin Anderson, who he defeated in last year's final, before a possible rumble with second seed Federer.

Nadal, 6-1 third favourite behind Djokovic and 57-17 shot Federer, faces arguably the toughest opposition of the Big Three. The Spaniard could face Nick Kyrgios in the second round, before possible clashes with Denis Shapovalov, Marin Cilic and Federer in the semi-final.

Kyrgios upset Nadal in a four-set classic at Wimbledon in 2014 and the Australian also defeated the French Open champion in Acapulco this year.

In the women's singles draw, American 15-year-old Cori Gauff, the youngest Wimbledon qualifier in the sport's open era, will face 39-year-old compatriot and five-time All England Club singles heroine Venus Williams in round one.

Reigning champion Angelique Kerber came in for big support after the draw was made and the 8-1 German, who will contest the Eastbourne final on Saturday, opens her Wimbledon title defence with a match against world number 65 Tatjana Maria.