O'Sullivan may be fired up by his opponent's comments 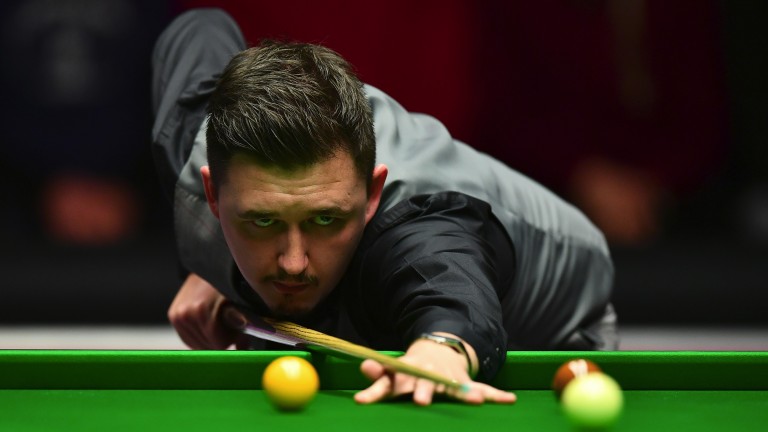 Second round
BBC and Eurosport, from 1pm Thursday

Bingham v K Wilson
Kyren Wilson has not been at his peak this season but there have been signs in recent weeks that the Kettering potter is saving his best for the most important tournament in the calendar, the Betfred World Championship.

Wilson reached the semi-finals of the China Open courtesy of victories last month over Ding Junhui and Stuart Bingham, his next opponent at the Crucible, and those wins will certainly have provided a timely boost for the world number 14.

Bingham silenced 2002 world champion Peter Ebdon 10-5 with little bother in his World Champion­ship opener. But while the third seed remains a tough opponent to deny, he may not be in the form that took him to the Sheffield title two years ago and Wilson has a definite chance to upset the odds.

Wilson’s problem has been his scoring, and even in his 10-6 first-round victory over David Grace he made only three breaks over 50 and no centuries. That may need to improve in his last-16 clash, but the Northamptonshire ace is such a promising performer that it’s worth taking the chance he steps it up.

Punters can definitely consider backing Wilson to win the match, but the price about him with a handicap start appeals even more.

Murphy v O’Sullivan
Ronnie O’Sullivan may not be in the best frame of mind, but the stats show he is still producing high-quality snooker.

He has generally had the Indian sign over Shaun Murphy in their personal series down the years, although punters should be awake to the fact there have been occasions where the Magician has had the upper hand.

Following O’Sullivan’s latest outburst against snooker’s rulers, which of the players piped up saying the Rocket should pipe down? You guessed it – Murphy.

And even though O’Sullivan is now pretty much playing second fiddle to Mark Selby in the game’s pecking order, those Murphy comments may be just the spark O’Sullivan needs to help him stay in the tournament.

It’s about time Murphy added to his small number of victories over O’Sullivan, but it may not happen yet and considering the matches are over the best of 25 frames from this point on, the bet may be to back the favourite to triumph without the need for a deciding frame.