Serena may not have an easy progress to final

Take Lucic-Baroni to put up a fight 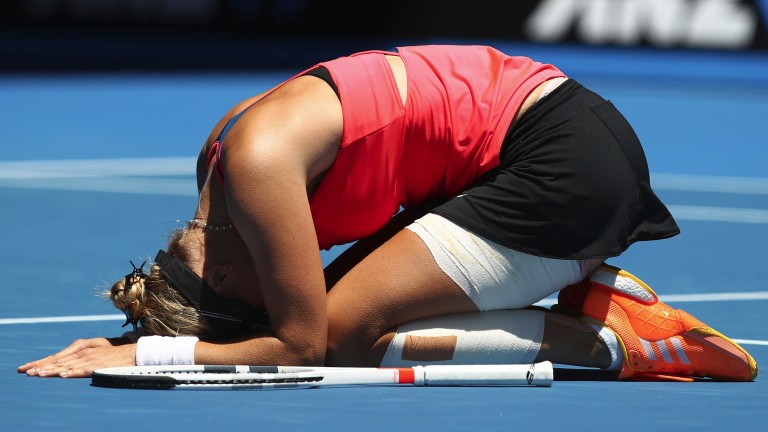 Mirjana Lucic-Baroni is overcome with emotion after beating Karolina Pliskova in the quarter-finals
Clive Brunskill
1 of 1
By Adrian Humphries 7:23PM, JAN 25 2017

There was barely a dry eye in the house at Melbourne Park as Mirjana Lucic-Baroni snaffled an Australian Open semi-final berth at the expense of Karolina Pliskova, who she beat 6-4 3-6 6-4.

The reward for the 34-year-old Croat, who made the last four of Wimbledon in 1999, is a date with Serena Williams.

And while Serena, the best female player the sport has ever seen, is highly likely to nail a place in Saturday's final, the world number two will be paying Lucic-Baroni the utmost respect.

Lucic-Baroni, 34, also dumped Agnieszka Radwanska 6-3 6-2 in round two in Melbourne, so she could hardly be in better form for a battle.

A top-priced 2,000-1 with Sky Bet for Aussie Open glory, Lucic-Baroni defeated Venus Williams to lift the Quebec City trophy in 2014 and the elder of the tennis-playing sisters could not have been happier had she taken the title herself.

But clearly Serena has a more important job to do in Melbourne by trying to add to her haul of 22 Grand Slam singles crowns, so there should not be much room for sympathy down under.

Serena and Lucic-Baroni have met only twice, way back in 1998. Serena won both but their solitary hard-court tussle was a 3-6 6-4 7-5 thriller in Sydney.

Serena is 1-8 to reach the Melbourne final with a victory over 13-2 shot Lucic-Baroni, but the American may not choose to totally embarrass a player who has suffered a great deal in her lifetime so backing the outsider with a start of 6.5 games may be the way to go.