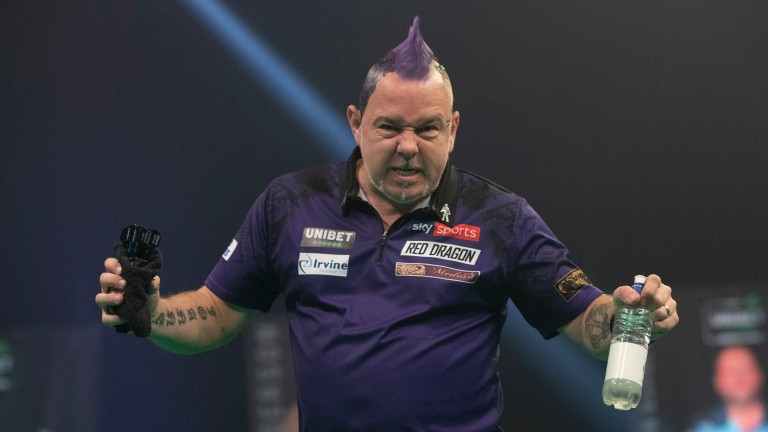 Peter Wright begins the defence of his title on the opening night of the William Hill World Darts Championship and the 6-1 third favourite for the title knows who he'd rather be playing.

Snakebite is on last against the winner of the opener between Indian debutant Amit Gilitwala and veteran Essex chucker Steve West.

Wright and West have met many times over the years, as recently as the European Championships in October where the Scot nicked a 10-6 win at the last-eight stage. The Englishman is a major quarter-finalist and would represent a genuine test – if he can beat Gilitwala.

This year's competition should kick off with a routine win for West over Gilitwala, the Indian number one who gets in thanks to that ranking rather than through qualifying, which didn't take place.

The youngster has been playing Superleague for Preston this year and there is nothing in his figures to suggest he can trouble West.

West has been averaging around 92 on the Pro Tour as well as seeing off Krzyzstof Ratajski and Mensur Suljovic to make the last eight of the Euros, form that should be more than good enough to complete a whitewash.

Diogo Portela's three previous trips to the Palace have ended in three defeats – he was whitewashed by Josh Payne last year – and his form doesn't offer much encouragement.

The Brazilian has averaged just 85 in ten Challenge Tour events in 2020 and that doesn't suggest he can put up much in the way of resistance. Back Beaton to win 3-0.

Rising star Barry was flying with a win, a semi-final and a quarter-final appearance on the Challenge Tour in October which gave him a free shot at the main tour where he averaged 94.8 (20th overall) in five events.

That's what Barry has in his locker. Smith is a former Lakeside semi-finalist and finalist and helped Canada make the World Cup quarters. This looks close – but Barry gets the nod.

FIRST PUBLISHED 5:57PM, DEC 14 2020
Seeing off Krzyzstof Ratajski and Mensur Suljovic to make the last eight of the Euros is form that should be more than good enough