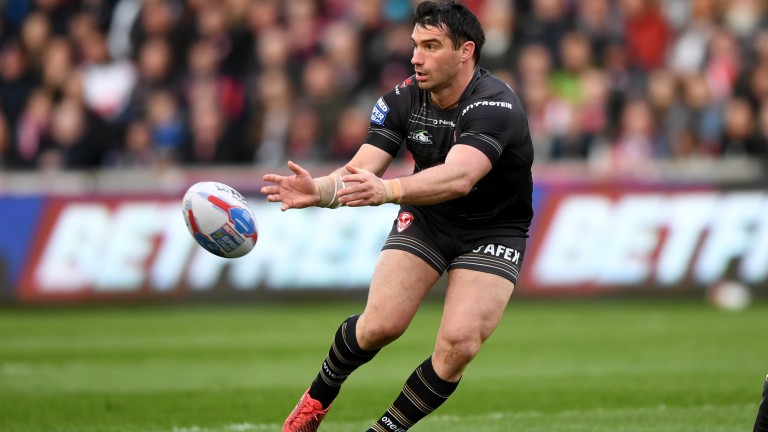 Warrington have justified favouritism in all three of this season’s meetings with Wigan but the betting has a very different feel for the latest clash between the two Betfred Super League super powers.

For the first time this year, the Warriors have ground advantage and the layers make Adrian Lam’s team 4-11 to put that to good use.

It’s not difficult to see the bookmakers’ line of thinking. In the early part of the season, Warrington were in scintillating form while Wigan were struggling for results. In recent weeks, those roles have been reversed.

The Warriors have won eight of their last nine Super League games. Only runaway leaders St Helens have lowered their colours. The Wolves have won just two of their last eight league matches.

At one point this season, there were 14 points between the teams. A Wigan win tonight will leave the two sides level on 30 points.

In addition, the visitors have the distraction of next weekend’s Coral Challenge Cup Final and there’s little doubt that’s been factored into the prices.

Despite the upcoming Wembley date, Warrington coach Steve Price has named his strongest available side knowing league points are of paramount importance.

So it could be that the oddsmakers have gone too far in offering the Wolves a double-figure start.

This time last year, Wembley-bound Warrington lost 28-18 at Castleford but showed plenty of fight in battling back from a 16-0 half time deficit.

Wigan are without captain Sean O’Loughlin and fellow forward Ben Flower has joined the casualty list having picked up a knee injury and conditions don’t look like being conducive to covering a hefty handicap.

Heavy rain is forecast all day with thunderstorms possible and that should lead to a low-scoring contest with the kicking games crucial.

That’s the kind of scenario in which Warrington’s on-loan half-back Matty Smith could excel against his former club. Certainly 16-1 about him being named man of the match looks way too big.

In a crucial contest as the clubs jockey for play-off positions, it could also be worth backing a penalty to be the opening score of the match with both teams likely to take any points on offer.

FIRST PUBLISHED 7:49PM, AUG 15 2019
Heavy rain is forecast all day with thunderstorms possible and that should lead to a low-scoring contest with the kicking games crucial.