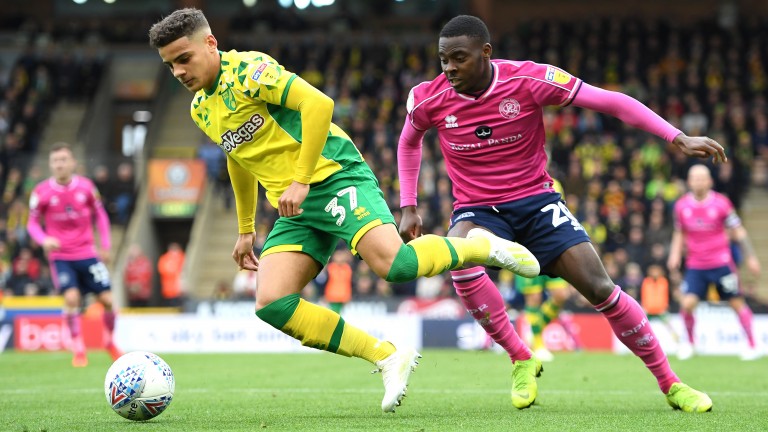 Norwich were unable to justify their short-priced favouritism against Reading on Wednesday and don't make a huge amount of appeal at odds-on to win at Wigan.

There's an obvious divide between the clubs. Sky Bet Championship leaders Norwich are 44 points superior to the relegation-threatened Latics, although the gulf in class may be exaggerated by the prices.

Norwich had previously won eight in a row so clearly the Canaries are flying and there is no need to get in a flap over the midweek draw. They had 23 shots, including seven on target, from a hefty 75 per cent possession.

The usually reliable Teemu Pukki's shooting was wayward and it needed a thunderbolt from Ben Godfrey and a long-range header from fellow centre-back Christoph Zimmerman to break Reading's resistance. And even then there was still time for a last-gasp Royals comeback.

Perhaps the absence of the suspended Emiliano Buendia was an issue for Daniel Farke's side and the Argentinian, who has 11 assists this season, is once again sidelined which may hamper Norwich's ability to create premium opportunities.

Wigan, beaten at Hull on Wednesday and with just three wins to their name since the start of December, have been dragged into trouble but that is mainly due to some truly awful away form.

Paul Cook's men are more difficult to see off at home where Sheffield United are the only side to have won in 2019.

The last four of those fixtures have all finished in draws and a share of the spoils may not be considered a terrible result for either side.

Team news
Wigan
Athletic hope Nick Powell will recover from injury but Anthony Pilkington is doubtful and Gary Roberts and Callum McManaman are not likely to be involved. Michael Jacobs is sidelined.