Wigan out for revenge against Wakefield

Thrashing has not been forgotten 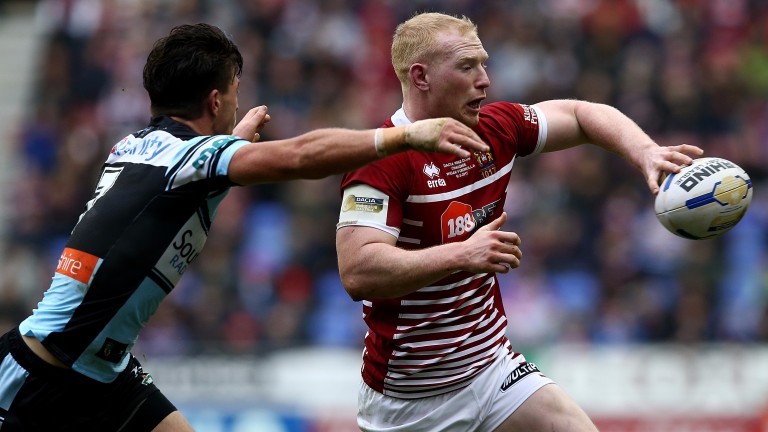 Wakefield's amazing 62-0 annihilation of Wigan this time last year was the biggest shock in the 22 season history of the Super League.

A virus had swept through the Warriors camp and several regulars were absent but even so it was a jaw-dropping result that will never be forgotten by Trinity fans.

It hasn't been forgotten by Wigan coach Shaun Wane either and after their morale-boosting derby victory over St Helens, the Warriors will head to Belle Vue with a vastly stronger side determined to set the record straight against Wakey.

Wakefield have won five of their last seven games but it's revealing that the two losses were heavy defeats against big-hitters Leeds and Castleford.

Wigan are certainly in that category and can overcome the eight- point handicap.

As the Betfred Super League sides prepare for their second game in a handful of days, Catalans have a huge advantage over Salford.

The Dragons staged a successful cross-Channel raid at Huddersfield last Wednesday while the Red Devils had to scrap for a win against Leigh 48 hours later.

Now Ian Watson's second-placed team face a trip to Perpignan and may struggle to stay within a converted try of the French outfit.

Table-topping Castleford haven't won a competitive match on St Helens soil since 1992 but that drought should end.

Their champagne style has produced eight wins in nine league matches this season and Saints, who played almost all of their derby defeat at Wigan with 12 men, are unlikely to be able to stem the tide.

The four-point start offered to the home side doesn't look sufficient and the punting portfolio should be completed by a small wager on Huddersfield, who receive a 16-point start at Warrington.

The Wolves have mustered only two wins all season, neither by more than today's handicap, and although the Giants have had a difficult campaign, they have managed draws at St Helens and Wigan.

The players had a clear-the-air meeting after the loss to Catalans and a competitive performance at the Halliwell Jones Stadium should be on the cards.