Sky Bet Championship | Wigan could grind out another much-needed victory 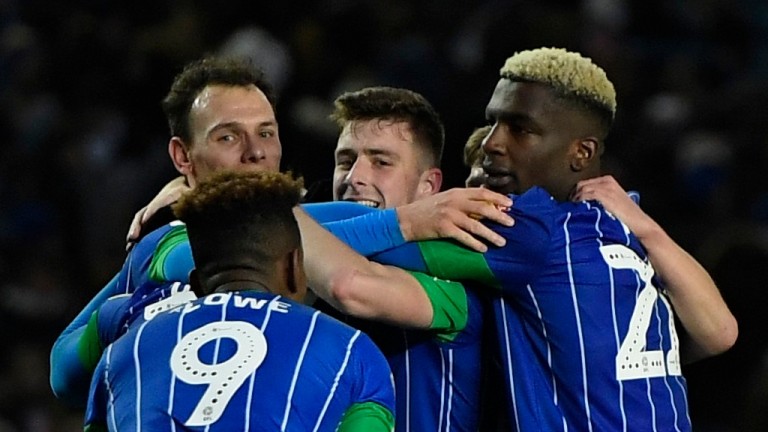 Preston North End
Paul Gallagher (groin) and Andrew Hughes (ankle) are back in the squad but Tom Bayliss (ankle) and Billy Bodin (Achilles) are out.

Relegation-threatened Wigan have put together back-to-back wins for the first time this season and can make it three in a row by inflicting a Lancashire derby defeat on Preston at the DW Stadium.

It has been a tough season for the Latics, who have been in the bottom three of the Sky Bet Championship since November.

Wigan manager Paul Cook has seen his players produce plenty of good football but has often bemoaned their failure to come alive in the penalty boxes, where games are won and lost.

In an attacking sense he has not been helped by the fitness struggles of Welsh international striker Kieffer Moore, who has started just 16 of 30 league games this season.

However, Moore has returned to full fitness in recent weeks, providing the goal threat and focal point which Wigan have sorely missed.

He scored the opening goal in a dominant 2-1 victory at home to Sheffield Wednesday and his hold-up play was a vital element of last Saturday's stunning 1-0 success away to Leeds.

Wigan rode their luck at Leeds, losing the shot count 19 to five, but they defended with a bravery and intelligence scarcely seen earlier in the campaign.

The victory has lifted Cook's side with within two points of safety, giving them a fighting chance of staying up.

Nine of their remaining 16 games are at home and they should fancy their chances against North End, who have won only three of their 14 away league games this season.

Preston approach the match on a four-match unbeaten sequence which has lifted them back into playoff contention.

But they lacked a spark during last Saturday's 1-1 draw at home to Swansea, registering just two shots on target, and may regret not doing more to strengthen in January.

But they have failed to score in their last three visits to the DW Stadium and may have to endure another painful experience.

Preston have won only one of their last seven away fixtures.