Wiesberger can lay down a Ryder Cup marker 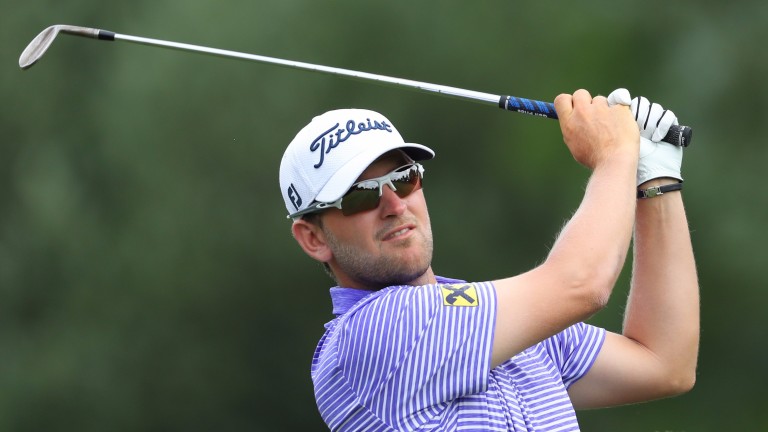 Live on Sky Sports 4, 9.30am Thursday
Tournament starts 6am

Wilkerson's top tip
Bernd Wiesberger 20-1
It is 15 months until Paris becomes the focus of the golfing world when the Ryder Cup heads to Le Golf National and plenty of European hopefuls will be teeing up in this week's French Open to get a feel of the place.

The course has been a regular feature on the European Tour for years but that so many players are participating this week's tournament demonstrates they are up for the challenge to be in Thomas Bjorn's plans.

The presence of young Spanish star Jon Rahm is exciting on his European Tour debut and although Rory McIlroy is not in attendance after finishing third last year, most of the top European names are in the field.

No doubt the fact prize money has been doubled after the tournament became part of the tour's Rolex Series has been a significant carrot as well.

But in terms of finding the winner, it could pay to go with a player looking to make his debut in the Ryder Cup rather than someone who has already tasted the cauldron of the game's biggest team competition.

Austrian big-hitter Bernd Wiesberger tasted glory in this tournament two years ago and while it has been accurate types who have tended to nudge their way round for glory, it may be trickier for such players this time.

Wiesberger is straight enough but his length off the tee could prove a big factor as two weeks after roasting temperatures, there is a lot of rain expected around the French capital.

You have to go back to last year's USPGA Championship to find the last time Wiesberger missed the cut and he has finished outside the top 30 in just two of his last 12 tournaments.

He produced an excellent fourth round in the BMW International which suggested there is still a bit more in the tank at a course where he has not only won but also claimed three top-20 finishes.

Next best
Jamie Donaldson 70-1
Another player who completed his tournament in Germany well was Welshman Jamie Donaldson, a Ryder Cup hero in Gleneagles three years ago.

He has struggled at times to replicate that high but there are signs of life after a couple of decent results lately.

Donaldson performed solidly to finish 14th in Germany last week, a performance that came two weeks after he was seventh in the Nordea Masters, and those were his first top-20 finishes since last year's Irish Open.

He had a stinker in this tournament last year when a 12-over-par total after two rounds left him well short of the cut line, but he claimed two top-six finishes and a tie for 20th in 2015, so it is not as if he is uncomfortable on the track.

Other selections
Ross Fisher 50-1
Brandon Stone 80-1
Celtic Manor veteran Ross Fisher has performed competently in his last three visits to Le Golf National (22-26-34) and is capable of putting in another decent showing.

He missed the cut at the US Open and the Players Championship, but he has claimed top-ten finishes in five of his last nine tournaments.

While this week's field is strong by European Tour standards, he is more than capable of winning in such company.

Brandon Stone finished fifth in this tournament last year and while the South African's best performances have come on his home continent, he continues to develop well.

A finish of 35th at the US Open should be a cause for encouragement and he can go well at a big price.

Others to note
Jon Rahm
The Spanish sensation will draw the crowds on his European Tour debut, but he had a miserable U.S. Open and could be frustrated again. He's short enough.

Francesco Molinari
The Italian has been runner-up three times in this and his accurate play means again he should be highly suited to the test. Has problems getting over the line, though.

Tommy Fleetwood
Built on a great US Open with a sixth-placed finish at last week's BMW International, but he has missed the cut on each of his four visits to Le Golf National.

Martin Kaymer
Former champion has a great course record and could normally be considered a factor, but his recent form has been wretched.

Graeme McDowell
He should be confident having won this twice but the former US Open champion has missed the cut on his last two visits.

Andres Romero
The Argentinian was the surprise winner in Germany last week having gained his place on a sponsor's invitation. The talented straight hitter could have another good week.

When to bet By 6am on Thursday

Where to watch Live on Sky Sports 4 from 9.30am

Course overview The tournament has attracted a decent field with the next Ryder Cup just over a year away and the test players face this week will be the same as the one upon which battle with commence against the Americans. Le Golf National has been the home of the French Open for 24 of the last 25 years, with the exception being 1999.

One of Europe’s finest courses, it always provides a stern examination of a golfer’s game. Hitting the undulating fairways is a must as the rough is tricky and water hazards feature heavily and players don’t have to be too far off target to find themselves in trouble.

There are only three par fives to offer relief (the third, ninth and 14th), but the last of these is a 607-yarder. The tournament has become one of the Rolex Series events on the European Tour and with that initiative, prize money has more than doubled from last year's level.

Weather forecast Rain is expected in the run-up to the tournament, particularly on Wednesday night. Thunderstorms are expected on Friday when rain is likely to fall during most of the play and although it may not be as heavy at the weekend, play is still likely to be affected by wet conditions.

Type of player suited to the challenge Straight hitting is usually a recipe for success at Le Golf National, but wet conditions mean bigger hitters can gain quite an advantage if they can keep their ball in play.