Widnes ready for a battle when leaders St Helens visit 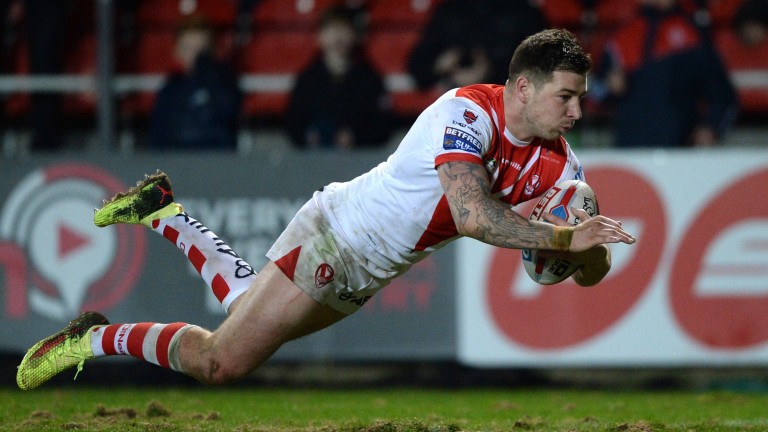 It has already been a happy Easter for St Helens after they recorded their first Good Friday win over Wigan since 2009 and it will get even better for Saints if they can win at Widnes to maintain their four-point lead at the Betfred Super League summit.

Justin Holbrook’s side are 1-4 to make it eight victories in nine games in 2017 but winning on the Vikings' artificial surface hasn’t come easily for Saints.

They have won on six of their eight league and cup visits since 2012 but the biggest winning margin was a 13-point triumph in last year’s Super 8s.

Backing the Vikings with a 12-point start has been a profitable strategy in this fixture and that looks the way to go again, especially with Saints having to play just 72 hours after the mentally and physically draining win over Wigan.

Widnes are without big-hitters Krisnan Inu, Rhys Hanbury and Chris Houston so stakes should be kept sensible.

Saints' nearest pursuers in the table, Wigan, host Hull KR and Rovers could be forgiven that the fixture computer is having a laugh at their expense.

On Easter Monday 2013 Rovers suffered a record Super League defeat against Wigan when they were annihilated 84-6 at Craven Park.

Now the Warriors are asked to cover an 18-point handicap and that looks manageable against injury-hit opponents.

It may also be worth backing Wakefield to stay within a ten-point buffer at Hull.

Trinity have had an extra few hours to rest after Thursday’s derby defeat by Castleford. That was their third straight loss but those reverses have come against top teams by five, ten and 12 points.

Hull have made an erratic start to the season and had to play much of their win at Hull KR with 12 men.

At the foot of the table, tenth-placed Huddersfield cross the Channel to take on rock-bottom Catalans.

The layers may have read too much into the Giants' home draw with Leeds as they make the hosts just two-point favourites.

Huddersfield have suffered hidings at Wigan, Wakefield and Hull this year and the desperate Dragons look worth backing.

Leeds are asked to concede a 12-point start at home to Salford and Castleford give up four points against Warrington at the Jungle.