Widnes can come out on top in basement battle

Vikings can keep up hopes of making top eight 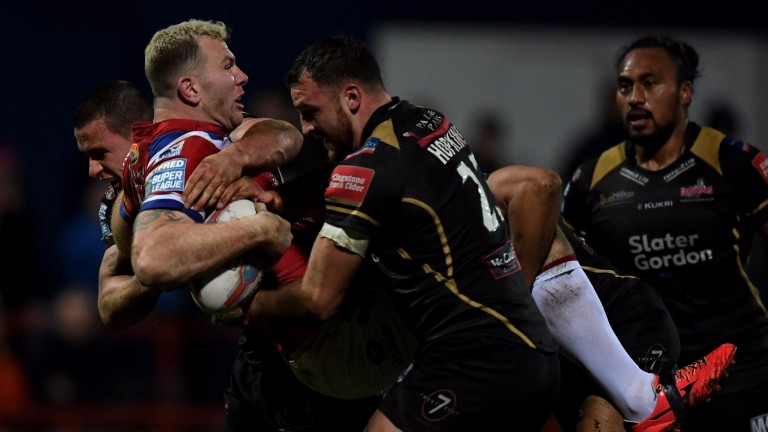 There are just five games to go before the big split in the Betfred Super League when the bottom four clubs will be jettisoned into the Middle 8s where they will join the cream of the Championship.

The winners of tonight's basement battle between bottom club Widnes and 11th-placed Leigh will continue to harbour hopes of making the top eight. The losers will be all but resigned to their fate.

Bookmakers have installed Denis Betts's cellar-dwellers as 4-6 favourites to win this desperation derby with the Centurions available at 6-4.

Neither side was involved in last weekend's Ladbrokes Challenge Cup quarter-finals but both have shown signs of a revival in their recent Super League showings.

Leigh picked up two wins from a tough run of four fixtures against Hull, Castleford, Leigh and Wigan. The 50-34 walloping of the Warriors last time out was particularly impressive.

Widnes have won their last two home games against Catalans and Leeds. The Vikings have also sunk St Helens at the Select Security Stadium.

They also defeated tonight's opponents 37-24 at the Leigh Sports Village where Danny Craven bagged a hat-trick. He's 2-1 to add to his try tally this evening.

Leigh are playing on Widnes's artificial surface for the first time in Super League but the Centurions' visit in the 2015 Middle 8s ended in a 50-6 hammering.

Neil Jukes's team have struggled on the road this season. Last month's victory at Hull was their sole success in seven attempts away from home. In fact, it's their only road win in Super League history.

However, three of this year's losses have come by a single-figure margin and that means backing Widnes to get home by two converted tries or less at 11-5 holds some appeal.

Two of the Vikings' home wins have come by fewer than 13 points and a match of this importance is likely to be tight and tense.